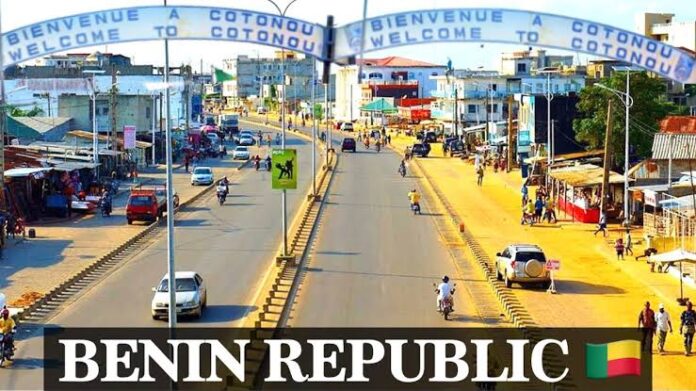 The Republic of Benin in West Africa is bordered to the north by Burkina Faso and Niger, and to the west by Togo and Nigeria.

The capital of Benin is Porto-Novo, a port on the Gulf of Guinea while Cotonou is the largest city and the country’s economic capital.

The official languages in Benin are French, Fon and Yoruba

Between late 1960s, Benin was a French colony.

Before colonial administration, parts of the area that is now Benin were home to strong, independent kingdoms.

Dahomey, a significant West African monarchy that flourished in the 15th century, was located in what is now Benin.

Also read: The Culture of Basotho

The Kingdom of Dahomey, the city-state of Porto-Novo, and smaller states to the north were among the political entities in the region from the 17th to the 19th centuries.

Due to the significant amount of persons who were bought, sold, and transported during the Atlantic slave trade to the New World, this area was known as the “Slave Coast” beginning in the early 17th century.

In 1894, France seized control of the region and incorporated it as French Dahomey into French West Africa.

Dahomey fully separated from France in 1960.

About two-fifths of the population, or the Fon, reside throughout the nation, primarily in Cotonou. The Yoruba, who are linked to the Yoruba of Nigeria, are primarily concentrated in southeast Benin and make up around one-eighth of the country’s total population.

The Goun (Gun) and the Yoruba, also known as Nago or Nagot in Pobé and Kétou, are so mingled together in the Porto-Novo area that it is difficult to tell them apart.

Several Adja peoples, including the Aizo, the Holi, and the Mina, are among the southern ethnic groupings.

The Bariba, Benin’s fourth-largest ethnic group, is made up of many subgroups and accounts for around ten percent of the country’s total population.

They live in the northeast, notably in towns that were originally Bariba kingdoms. The Natitingou area and other northwestern villages are home to the Somba (Ditamari).

Among the foreigners who live in Benin, mostly in Cotonou and Porto-Novo, are Europeans, Lebanese, South Asians, and people from neighboring African countries.

The Fon people lived in the state of Dahomey, often known as Abomey after its capital.

Dahomey was formerly a colony of Allada, but in the 17th century, a leader by the name of Wegbaja proclaimed himself king and established Dahomey as a separate nation.

Dahomey took control of the coastal region during the time of King Agaja, capturing Allada in 1724 and Ouidah, the region’s commercial hub, in 1727 to establish itself as the dominant force.

However, a branch of the Allada royal line established the new kingdom of Porto-Novo on the adjacent eastern coast, which successfully defied Dahomean rule and engaged Ouidah in conflict over the dominance of Atlantic commerce.

The northeastern kingdom of Oyo, to whom Dahomey was compelled to pay tribute beginning in 1730, attacked and destroyed the kingdom.

Oyo is located in present-day Nigeria and through his victory over Oyo in 1823, Gezo freed Dahomey.

Similar to other African countries, Benin’s cuisine is definitely one to indulge in.

There are so many choices to pick from. Whether you are craving street food or traditional meals, you can find any of these in Benin Republic.