Despite the Movie grossing over 60 Million USD, Namibian Actor San Nxau Toma Of Gods must be crazy was only paid 300 USD 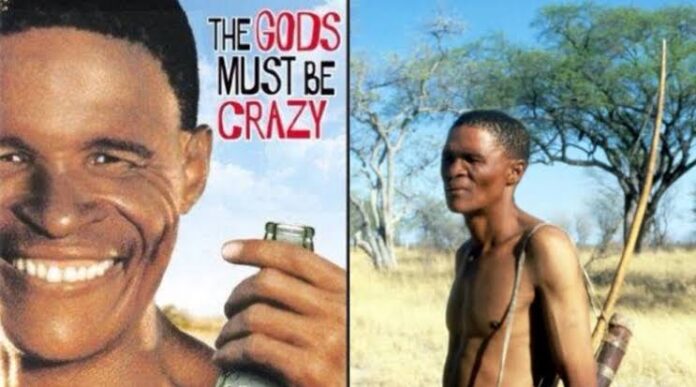 Born in Tsumkwe region of Namibia, in Southern Africa, Nxau(N!xau, pronounced with a Xhosa Click) Toma was a Native bush farmer who was shot into worldwide limelight after he appeared as Xixo in the lead role of the 1980 comedy film The Gods Must Be Crazy. Popularly called the African Bushman, Nxau Toma spoke fluent Jul’hoan, Otjiherero, Tswana as well as some Afrikaans which are dominant languages in the south of Africa. In the film Nxau portrayed an earnest Bushman with a sheepish smile who discovers a Coca-Cola bottle thrown out of an airplane; and seeing it as an alien thing, he sets off into a comedy of errors. Made with an initial budget of $5 Million, The film grossed over $60 million, Despite all that money, the lead actor Nxau Toma was only paid $300 for all his troubles and talent. 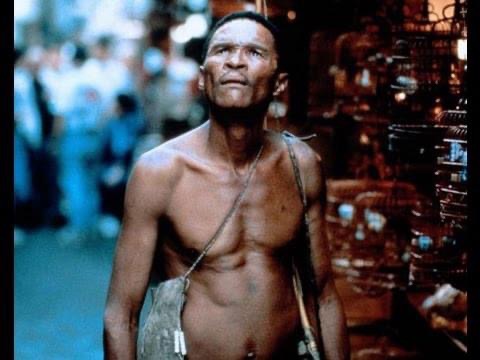 Nxau at first did not know the value of paper money, and he let his first $300 wages blow away according to Jamie Uys, the South African director of the film who discovered the actor. 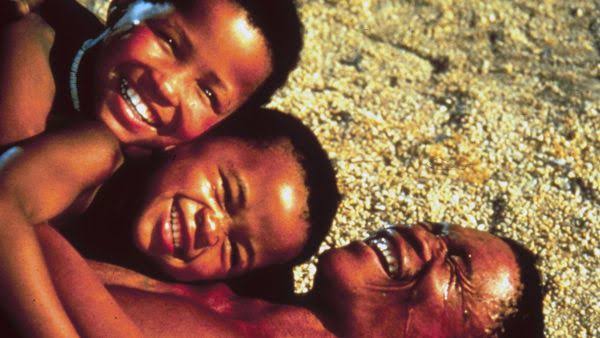 He Demanded for more

Nxau Toma, was the member of the San people, who are one of the indigenous groups of people of South Africa and Namibia. Prior to being cast in the film The Gods Must Be Crazy, Nxau had only had minimal exposure to modern life and did not see the value of money. However, by the time of sequel film The Gods Must Be Crazy II in1989; he had learned the value of money, and demanded several hundred thousand dollars totalling 50,000 USD which was still a paltry sum compared to the money the entire film made; before agreeing to be recast in the film. He insisted that the money was needed to build a cinder-block house with electricity and a water pump for his family comprising of three wives and their children. Afterwards Nxau toured the world and after 10 years of the glamour life; he decided that he had seen enough of the “civilized” world; and decided to return to his home in the Kalahari. 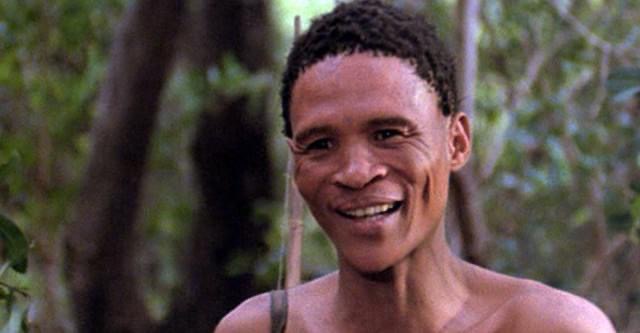 After his film career and fame faded, in 2000, the Namibian newspaper reported that; Nxau returned to Namibia living in a newly built brick house where he tended his cattle and became a farmer raising maize, pumpkins and beans. But he was sadly found dead in late June 2003 near his home in Namibia after he reportedly went out to collect wood. He was believed to be 59 years old, at the time of his death; and till date, the exact cause of his death was unknown. Although he was reported to have suffered from tuberculosis in the past. 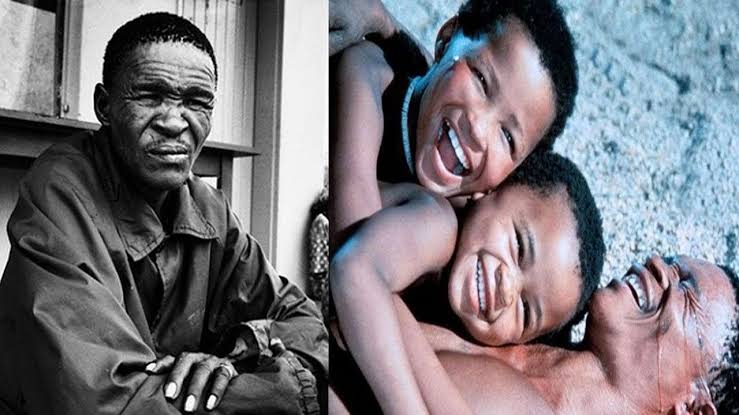 Mr. Uys the director who found him, was criticized for being cruel to Nxau and not taking him out of his environment; but to his defence, he said; he [N!xau] was born to act. ”All Bushmen are natural actors,” he said in a 1990 interview with The Associated Press. After 1989 sequel, Nxau alsoappeared in Hong Kong films and the Chinese film ”The Gods Must Be Funny.”

Share
Facebook
Twitter
Pinterest
WhatsApp
Previous articleHeartwarming Wedding photos of Sinikiwe Kademaunga, the Zimbabwean lady born with no hands and knees
Next articleAfro-roots Reggae Musician Rocky Dawuni advises African youth to focus on organic farming and stop the use of too much chemicals