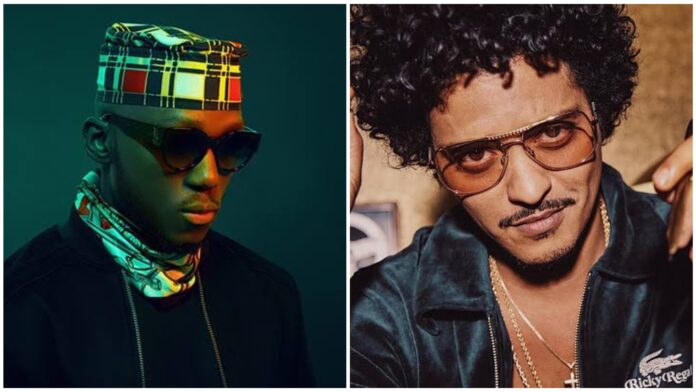 Nigeria’s DJ Spinall will be performing as a special guest for world superstar, Bruno Mars as he performs LIVE AND EXCLUSIVE IN SYDNEY on Friday 14th and Saturday 15th October at the Allianz Stadion.

Bruno Mars Live and Exclusive in Sydney at Allianz Stadium is proudly supported by the NSW government through its tourism and major events agency, Destination NSW.

Spinall rose to fame as a radio DJ for Raypower 100.5 FM in 2004, as well as a personal DJ for then-Mavin Records artist Wande Kohle. He later joined Industry Night where he promoted underground talent on the weekly platform.

DJ Spinall is one of the most successful disc jockeys in Nigeria and Africa, he has performed at some big events like the One Lagos brand launch, the One Africa music festival in New York, the BET Awards, and many more.

He has 4 successful albums as well as collaborations with some very famous artists like Wizkid, Davido, 2baba, Mr. Eazi, Tiwa Savage, Asake, 6lack and many more.

He also signed a major international deal with Atlantic Records UK and a publishing deal with Warner Chappell Music UK.

Remember to leave us a comment after you finish reading and don’t forget to share it with your friends on social media.