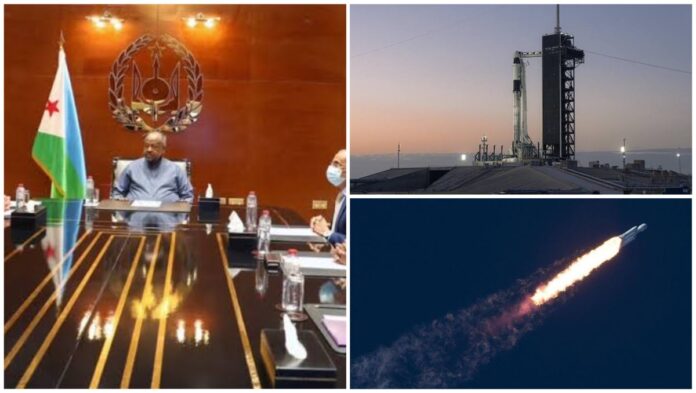 The project involves building port and road infrastructure in the northern Obock region to ensure reliable transit of space material from China.

President Guelleh said that construction could be completed as early as 2027 and the infrastructure will be handed over to Djibouti after completion of the 30-year joint management agreement with Hong Kong Aerospace Technology Corporation.

“I am pleased that our country is participating in this promising technological and energy development project,” said Guelleh.

A delegation from the Hong Kong Aerospace Technology Corporation, which includes the company’s vice president, Allen Fung, arrived in Djibouti on Jan. 4 to discuss trade cooperation with the government.

The delegation was received by the Chinese Ambassador to Djibouti, Hu Bin, who said that he “encourages the company to promote meaningful research, create consistent awareness of compliance, balance corporate interests and social responsibility, in diversifying economic development of Djibouti”.

Djibouti, one of Africa’s smallest countries with just one million people, is relatively close to the equator, making it an attractive target for launching satellites that can use the Earth’s rotational speed to determine the availability of the amount of fuel needed to get rockets. In space.