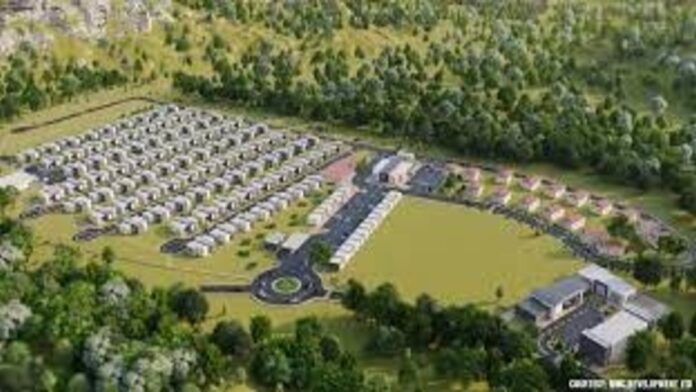 Dominica’s government is committed to transforming the country’s housing and urban development sectors. As a result, housing programs in Grand Bay Ville and other areas will continue.

The purpose of this is to provide a suitable house for Dominican families and exemplifies the Citizenship by Investment (CBI) Program’s goal of establishing sustainable and resilient housing communities.

Several housing developments at Scotts Head, Eggleston, Vieille Case, Paix Bouche, and Canefield are currently under construction with the help of major partners and stakeholders.

The Grand Bay Ville Housing Development is said to be a cutting-edge, modern, master-planned project. The gorgeous surroundings of the development will be filled with more than a hundred standalone residences, twenty-nine (29) empty plots for future construction, and more than ten (10) houses for total rehabilitation and modernisation.

The majority of the dwelling units will include three bedrooms, two toilets and baths, a kitchen, dining area, living room, laundry room, and porch.

Major utilities and amenities, such as a commercial square with 22 stores, a petrol station, a magistrate house, a regional fire station, a community center, and a church, are also expected to be located in the community, as seen in the layout design for the area.

The community will include a modern sports center, fitted with sports facilities well suited for all ages. Furthermore, the existence of the restored and refurbished police station, which provides 24/7 services to the public, ensures the safety of the neighborhood.

The substructures and superstructures, like all other MMC Development Ltd. projects, will be built to the highest resiliency standards, with reinforced concrete, shatter-proof windows, and underground utilities to fight harsh weather and natural disasters. Local contractors have already been deployed in the area, according to the developer’s most recent update.

The twenty-five-acre enclave will serve as a model for the rest of the Caribbean. Grand Bay Ville, a fully integrated community, will house individuals displaced by Hurricane Maria. Interestingly, the Grand Bay Ville community said to be such a beautiful community will be facilitated by the presence of those who are to dwell in the area.

According to a Reuters analysis from 2017, over 14 million individuals are made homeless on an annual basis. Several natural disasters, such as floods and storms, are to blame.
According to the survey, countries in South and Southeast Asia have the highest rates of displacement and home loss.

However, natural disasters have played a crucial role in the vulnerability of these Caribbean and Latin American countries.

Read also; 6 Simple Ways To Make Money On Facebook As an African