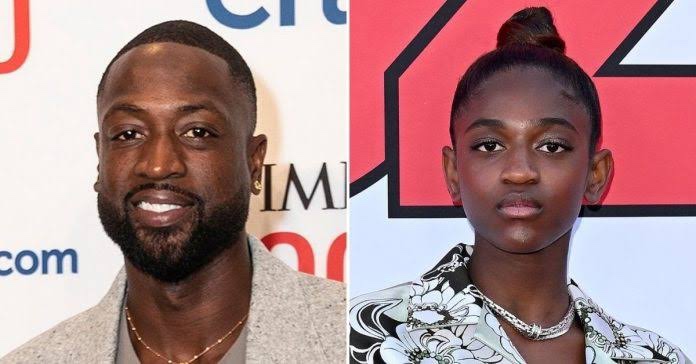 Dwyane Wade has filed a request to legally change the name and gender of his transgender daughter.

If desired, she(zaya) will also be female in all future legal documents.

Wade told the court he had “full authority” to file the petition without the consent of Zaya’s mother, Siohvaughn Funches.

However, the documents say the ex-wife of the former Miami Heat player received a “notice” about his petition “as a courtesy.”

Wade is a longtime advocate of his daughter’s gender identity and first opened up about her story on The Ellen DeGeneres Show in February 2020.

The professional athlete said at the time that Zaya told him one day that she was “ready to live [her] truth” and wanted them to use female pronouns when referring to her.

“We take our role and our responsibilities as parents very seriously,” Wade said of him and Zaya’s stepmother Gabrielle Union, adding that they give their children “the best information they can get, the best feedback they can give, and that doesn’t change because sex(gender) is involved now.”

A few days after the interview with “Ellen” aired, Wade appeared on Good Morning America and shared more about his daughter’s journey, explaining that she knew she was transgender nine years before she came out into the world.

“She has known since she was 3 years old,” he told GMA host Robin Roberts in February 2020. “We asked questions along the way and learned. But she knew.”