Egypt Tries Man For Killing Student Who Refused His Advances 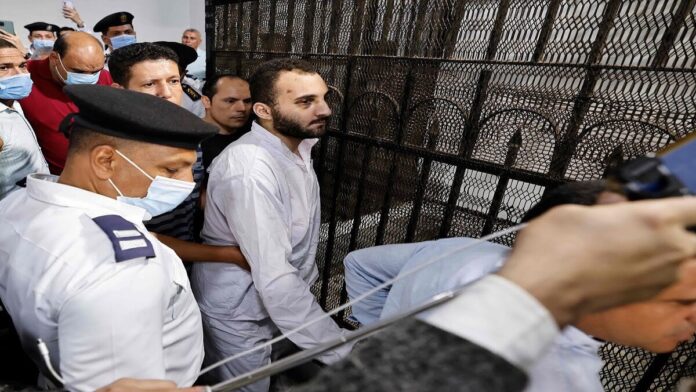 A trial began on Sunday against an Egyptian accused of stabbing a woman to death in a public street after she rejected his advances.

Since the news of the incident reached the media, it has sparked widespread outrage, with dozens of people seeking justice for the deceased.

A video went viral last week showing the victim, identified as student Nayera Ashraf, being stabbed to death by a young man outside her university.

The crime sparked widespread outrage in Egypt and beyond, following a similar incident days later in which Jordanian student, Iman Irshaid was shot dead on a university campus.

Social media users immediately drew comparisons between the two murders and condemned the cases of “femicide” in Arab communities.

According to AFP, at the Criminal Court in Mansoura, 130 kilometers north of Cairo, Mohamed Adel was charged with “premeditated murder” after confessing to deliberately killing the victim

Also, read; South African Police Investigate Deaths of At Least 22 at a Nightclub

Ashraf’s father and other witnesses claimed that she had previously reported the “alleged attacker” to authorities for fear that he would harm her.

The maximum penalty for murder in Egypt is the death sentence. Worth noting is that the country had the third-highest number of executions in the world in 2021, according to Amnesty International.

While addressing the court, the prosecutors said that the accused, “stabbed the victim several times,” and “messages threatening to cut her throat” was found on the victim’s phone, allegedly sent by the accused.

In a rare incident in cases of violence against women, authorities allowed TV cameras to film the Sunday hearing.

On social media, many Jordanian and Egyptian users called for the attacker to be sentenced to death, while others said men should “learn to take no for an answer”.

Egyptian preacher Mabrouk Attia sparked outrage last week after suggesting the victim would not have suffered the same fate if she were veiled.

Attia’s suggestion comes despite a 2015 United Nations survey, that claimed that nearly eight million Egyptian women were victims of violence committed by their partners or relatives, or by strangers in public spaces.