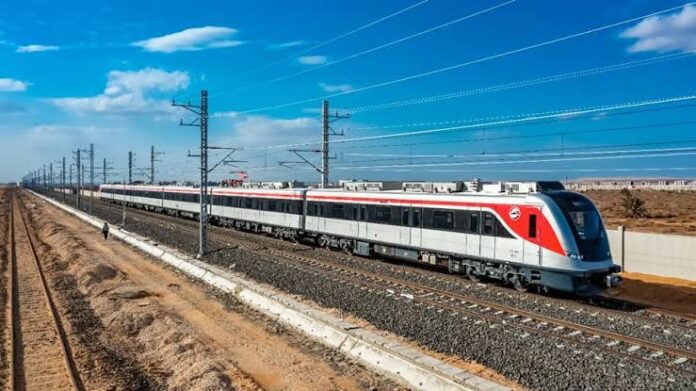 According to Chinese experts, the project is the latest in a series of mega-infrastructure projects that Chinese companies delivered to their customers around the world last week.

As noted by infrastructure experts, the project is a major achievement of the Belt and Road Initiative (BRI), which brings vitality to Egypt’s Transportation. They claim that the initiative’s potential reflects Chinese railway technology as adequately exported to Africa.

The test of the LRT project in Egypt follows the start of full commercial operation of Pakistan’s massive 720 megawatt Karot hydropower plant on June 29 and the delivery of the 6.15 kilometers Padma Bridge in Bangladesh on June 25, the longest in the world.

The railway project connects Egypt’s new administrative capital, which is being built east of Cairo, with new cities and districts far away, including El-Salam City, 10th of Ramadan City, El-Obour City, Badr City and El-Shorouk City.

The rail line is the first electrified LRT in Egypt and Africa, according to the Chinese Embassy, ​​which notes that it will boost the economy in eastern Egypt and accelerate Egypt’s industrialization.

According to Xinhua news agency, The first phase of the VLT project includes 22 trains and has a daily transport capacity of 360,000 passengers

The project is the latest Chinese railway project in Africa, followed by other significant projects including the Mombasa-Nairobi Standard Gauge Railway in Kenya, the Addis Ababa-Djibouti Railway in the Horn of Africa and the Chinese-built Lagos-Ibadan Railway in Nigeria.

He explained that China’s railway projects contain technological components and standards, and China-made railway systems are well received by African countries for their high efficiency and low expenditure.

“China has advanced railway construction technologies that have reached a level that can be exported abroad,” Zhao Jian, a professor at Beijing Jiaotong University, told the Global Times on Monday.

Zhao noted that Chinese companies can complete the construction mission, but the LRT system can put pressure on system operators financially.