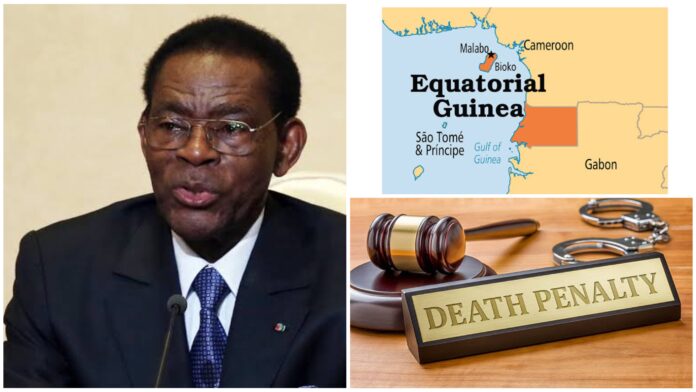 According to state television reports, on September 19, 2022, President Teodoro Obiang Nguema Mbasogo signed a new penal code that removes the death penalty from the statutes of the Central African nation of 1.3 million people on the Atlantic coast of continent.

The new law is seen as a major overhaul for one of the world’s most authoritarian nations. Obiang, whose regime has been repeatedly accused of enforced disappearances, arbitrary detention and torture, has ruled the country for more than 43 years since he took power in a 1979 military coup.

Obiang’s son, Vice President Teodoro Nguema Obiang Mangue, believed to be his likely successor, announced the passage of the new law in social media posts, which read: “I am writing in capital letters to seal this unique moment: ‘ EQUATORIAL GUINEA BANS THE DEATH PUNISHMENT’.”

The law, which was widely passed by the one-party parliament, will enter into force 90 days after its formal publication in the Government Gazette.

In a September 20 statement, the UN Acting High Commissioner for Human Rights, Nada Al-Nashif, welcomed “the adoption in Equatorial Guinea of a new penal code abolishing the death penalty. The death penalty,” she said, “is incompatible with fundamental principles of human rights and human dignity.”

Equatorial Guinea last carried out a court-sanctioned execution in 2014. It joins a growing abolitionist movement on the African continent.