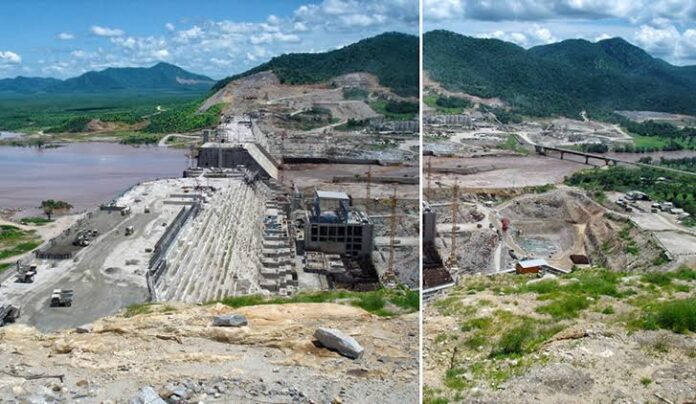 Ethiopia has completed the third phase of filling the reservoir of its giant Blue Nile dam, a process that continues to anger the country’s downstream neighbors, Egypt and Sudan.

Addis Ababa says the Great Ethiopian Renaissance Dam (GERD), a $4 billion hydroelectric project, is critical to the country’s economic development, but Egypt and Sudan see it as a serious threat to their vital water supplies.

Long-term diplomatic efforts to resolve the dispute between the three countries have been unsuccessful.

Ethiopia sees GERD as the centerpiece of its efforts to become Africa’s largest electricity exporter, with a planned capacity of over 6,000 megawatts.

“Prime Minister Abiy Ahmed has announced the successful completion of the third filing of GERD,” the prime minister’s office said on Twitter, adding that Ethiopia is working to “ensure the benefits of lower basin countries.”

Abiy held a ceremony on Thursday to officially start the dam’s second turbine, six months after the first went into operation. Photos shared by Abiy’s office showed him on a podium in front of a huge column of water being released from the face of the dam.

Egypt, which depends on the Nile for about 97% of its irrigation and drinking water, protested the third filling at the UN Security Council last month.

Abiy again tried to reassure Egypt and Sudan about the dam’s impact.

On Thursday, he called for negotiations to reach an agreement, but insisted the third fill did not cause a water shortage downstream.

The filling process of the massive GERD reservoir with a total capacity of 74 billion cubic meters began in 2020.

“Compared to last year, we reached 600 meters, 25 meters above the previous fill,” Abiy said on Friday.

Ethiopia started generating electricity from GERD in February. Currently, the two turbines in operation out of a total of 13 have the capacity to generate 750 megawatts of electrical energy.

Ultimately, it is expected to produce over 5,000 megawatts, more than doubling Ethiopia’s current output.

Project manager Kifle Horo said on Thursday that the dam is more than 83% complete and that the aim is to complete it within the next two and a half years.

The 145-meter (475-foot) structure spans the Blue Nile in the Benishangul-Gumuz region of western Ethiopia, close to the Sudanese border.

The project was started by former prime minister Meles Zenawi, the Tigrayan leader who ruled Ethiopia for more than two decades until his death in 2012.