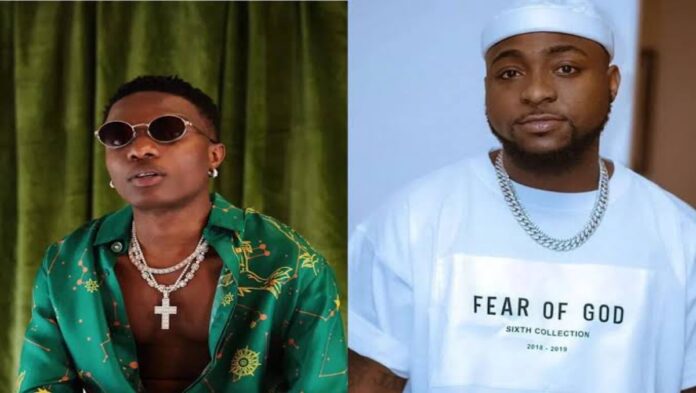 On Wednesday, January 18th, 2023, Wizkid took to his Instagram page to make the shocking announcement that he will be touring with fellow Superstar Davido.

Posting on his Instagram story, the Afrobeats star explained, “After my MLLE (More Love, Less Ego) tour! Davido and I are going on tour! Save your coins! I don’t want to hear to Pim.”

The announcement came as a surprise as fans did not expect it.

Readers may recall that the Essence crooner delayed the release of his fifth studio album, More Love, Less Ego, following the loss of Davido’s son. Fans applauded the gesture showing their admiration for showing respect and support.

The announcement sent audiences into hysterics as they eagerly awaited a joint performance by two of Africa’s biggest shows.

Wizkid and Davido created an interesting controversy onstage at Wizkid’s concert in December 2017, where Davido was the special guest for the performance of “FIA”.

The cost of seeing both star perform together certainly wouldn’t be cheap, as Wizkid advised fans to save their coins.

Either way, the joint tour will be a milestone for Nigerian and African music.

Nigerian fans might want to see Davido and Wizkid together on the same stage.