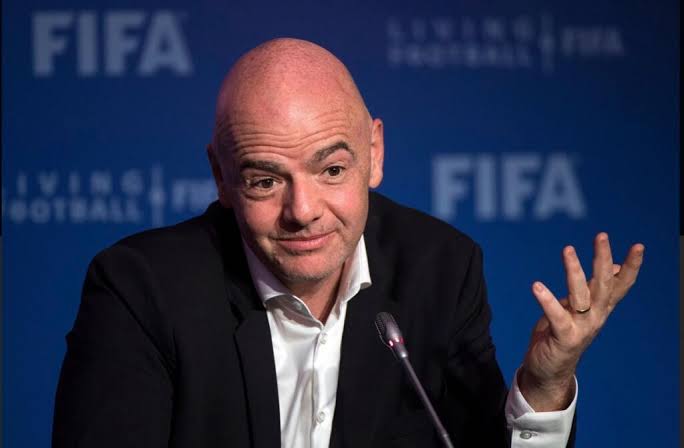 Whilst arguing that the world cup should become a biennial event, FIFA President Gianni Infantino went ahead to reference African Migrants dying in the Sea to buttress his point and for his unacceptable and unnecessary comment, he has been slammed.

Anti-racism organisation, Kick It Out has described the comment as “completely unacceptable”

Mr Gianni Infantino controversially referenced migrants risking drowning in the Mediterranean during his speech to the Council of Europe on Wednesday. While speaking about the global benefits of FIFA plans to reform the international calendar and stage biennial World Cups, he said; “We need to give hope to Africans so they don’t need to cross the Mediterranean in order to find, maybe, a better life but more probably death in the sea.

FIFA president Gianni Infantino using the horrible situation refugees find themselves in to push his idea for a 2 year World Cup is everything you need to know about that organization. Disgusting man.

“We need to give opportunities and we need to give dignity, not by giving charity but by allowing the rest of the world to participate.”

Tony Burnett, chief executive of Kick It Out, responded, saying; “FIFA is a multi-billion profit-making organisation. They already have the funds to invest in creating and inspiring opportunity for disadvantaged people around the world.

“It is therefore completely unacceptable to suggest that a biennial World Cup, predominantly set up to drive further profits for FIFA, could be a solution for migrants who risk their lives, sometimes fleeing war-torn countries, to seek a better life.”

He added: “If FIFA has a genuine commitment to tackling inequality, they should be investing time and resource into charitable causes on the ground, rather than disguising what appears to be a profit-making biennial World Cup as the answer to any existing problems.”

Despite Mr Infantino’s attempts to outline the benefits to global football; the Council concluded that biennial World Cups would be “disastrous” for the sport in Europe.