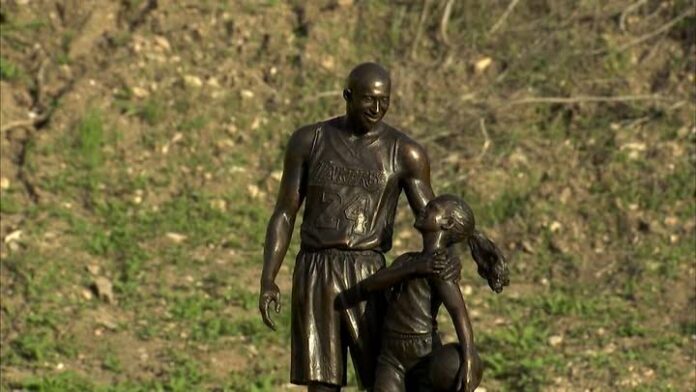 It’s been two years since the tragic passing of NBA legend Kobe Bryant and his daughter Gigi Bryant in a helicopter crash that also claimed the lives of other passengers. At the second anniversary of their death, a statue has been erected at the helicopter crash site to honor; Kobe, Gianna Bryant and the 7 others who lost their lives.

Sculptor Dan Medina erected a statue of the late NBA All-Star and his daughter at the location in Calabasas, California; where they died in a fatal accident in January 2020 alongside seven other passengers. At the time, the athlete was 41 and Gianna was 13. 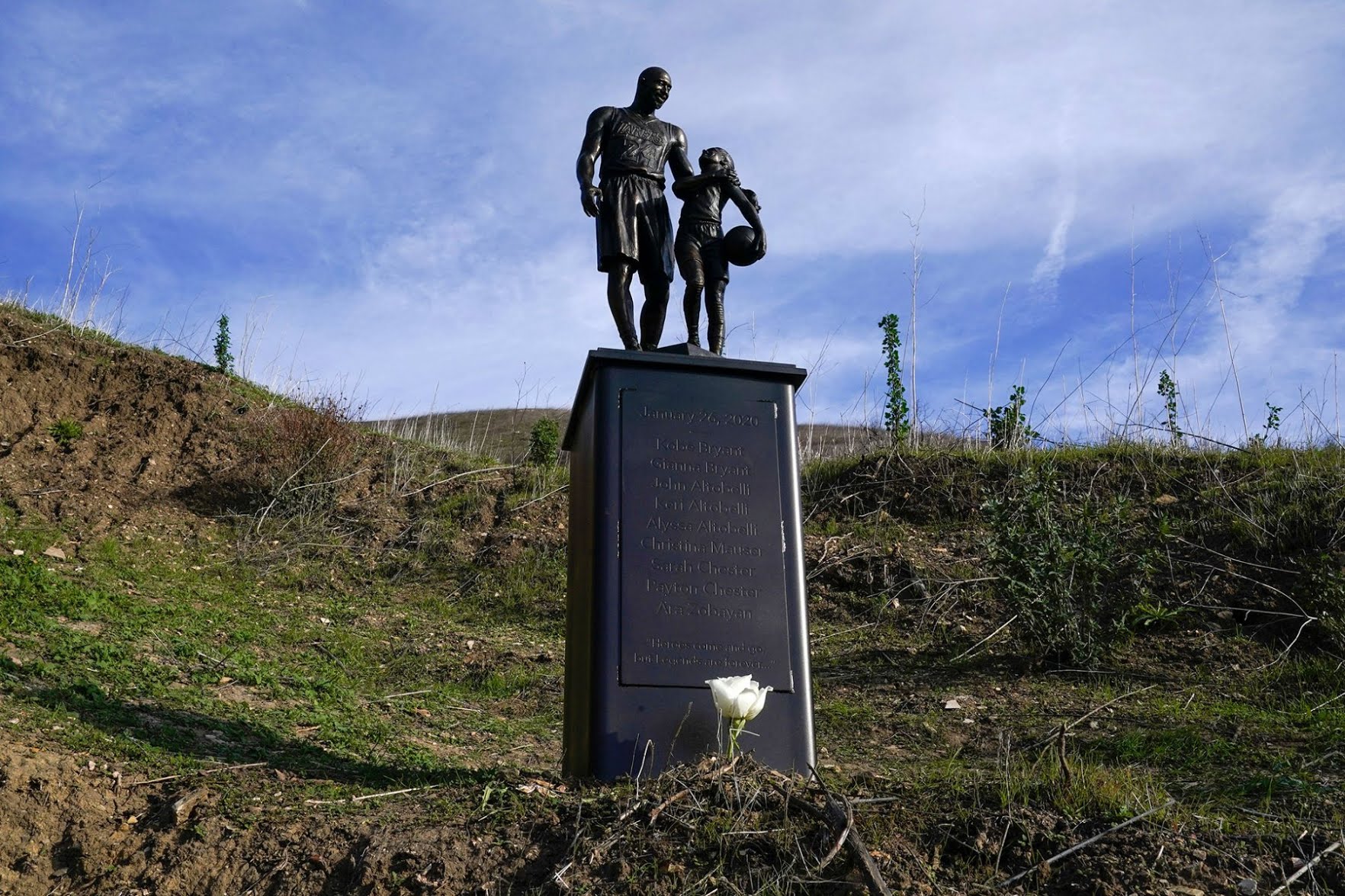 The brass monument shows Kobe wearing his Los Angeles Lakers uniform and smiling down at Gianna with his arm around her. The base is inscribed with the phrase: “Heroes come and go, but legends are forever.”

Beneath the sculpture, Medina listed the names of everyone who was killed in the crash, including; baseball coach John Altobelli, his wife, Keri, and their daughter Alyssa. Pilot Ara Zobayan, girls’ basketball coach Christina Mauser, Sarah Chester and her daughter Payton; were also on board when the helicopter went down on its way to a basketball game at the Mamba Academy in Thousand Oaks, California, which Kobe was scheduled to coach. The sculptor placed the 150-pound sculpture at the crash site himself at 4 a.m. PT on Wednesday; according to The Los Angeles Times. Medina removed the statue at midnight on Thursday, January 27; but he is reportedly hoping to replace it with a permanent, life-sized memorial.