For the 11th Consecutive Year, Nigeria’s Aliko Dangote Retains his position as the Richest African 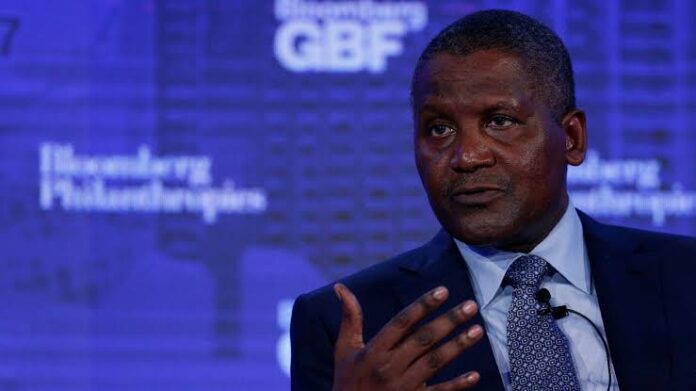 “For the 11th year in a row, Alike Dangote of Nigeria is the continent’s richest person, worth an estimated $13.9 billion; up from $12.1 billion last year following a 30% increase in the stock price of Dangote Cement; his most valuable asset,” Forbes magazine said in a web post published its 2022 list of Africa’s richest people.

“A surge in housing developments in Nigeria and growth in government infrastructure spending drove higher demand in the first nine months of 2021, analysts found.” The magazine continued.

South Africa’s luxury goods magnate, Johann Rupert is second on the list, with than 60 per cent surge in the share price of his Compagnie Financiere Richemont; maker of Cartier watches and Montblanc pens–pushed his fortune to $11 billion, up from $7.2 billion a year ago, making him the biggest dollar gainer on the list. Also, two other Nigerian billionaires made the list. Abdulsamad Rabiu, the Chairman of BUA Group as 5th Richest and Chief Mike Adenuga, Founder of Globacom as the 6th richest with $6.3 billion and $5.5 billion net worth, respectively.

Dangote, whose business interest cuts across cement and sugar manufacturing, as well as petroleum refining; surpassed the second-placed Sawiris in net worth by $3.6 billion according to THISDAY’s analysis of the rankings.

The report added that Africa’s billionaires were richer than they had been in years, despite the global pandemic. 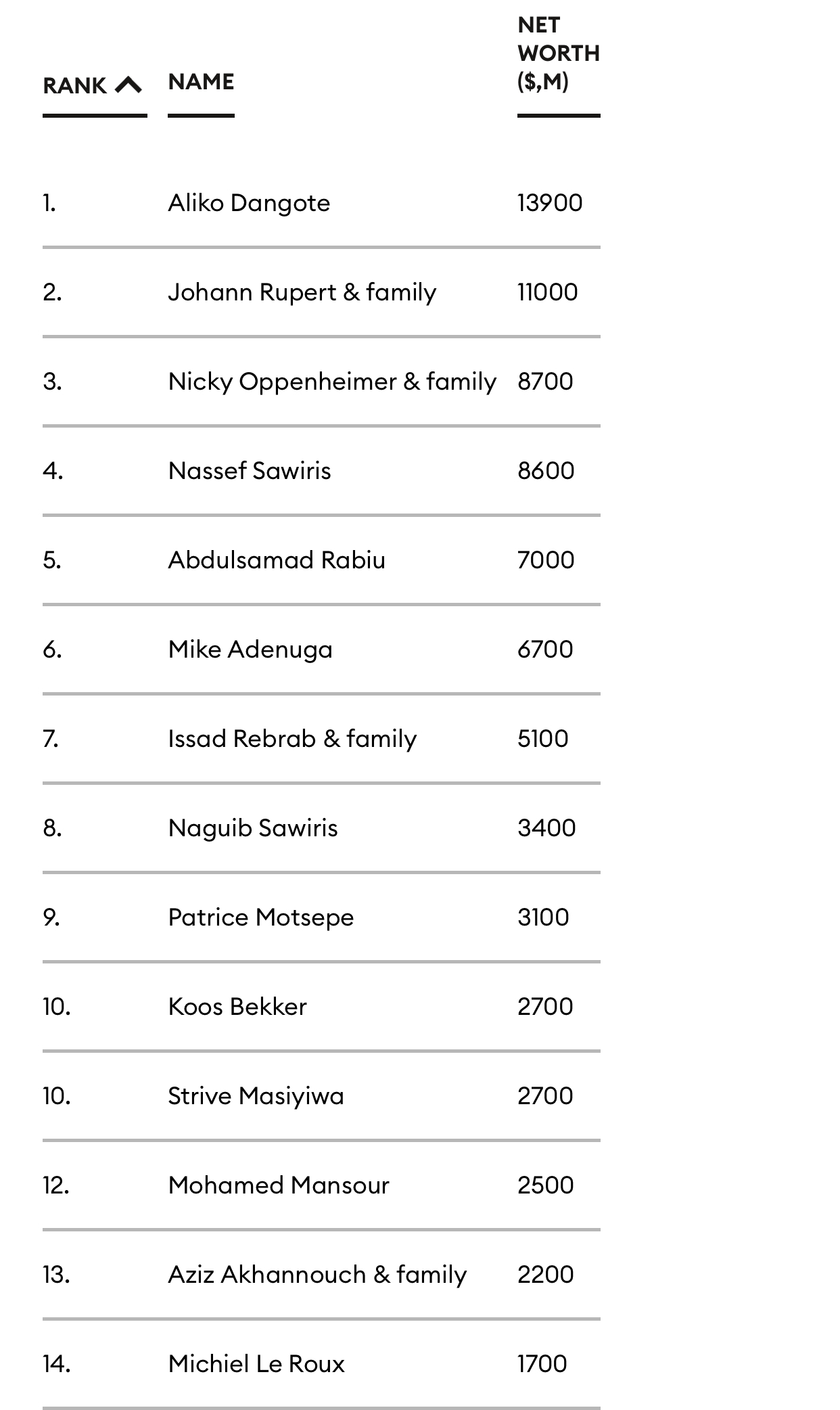 As a group, the continent’s 18 billionaires were worth an estimated $84.9 billion; a 15 per cent increase from twelve months ago and the most since 2014; when a larger number of billionaires, 28,were worth $96.5 billion combined. 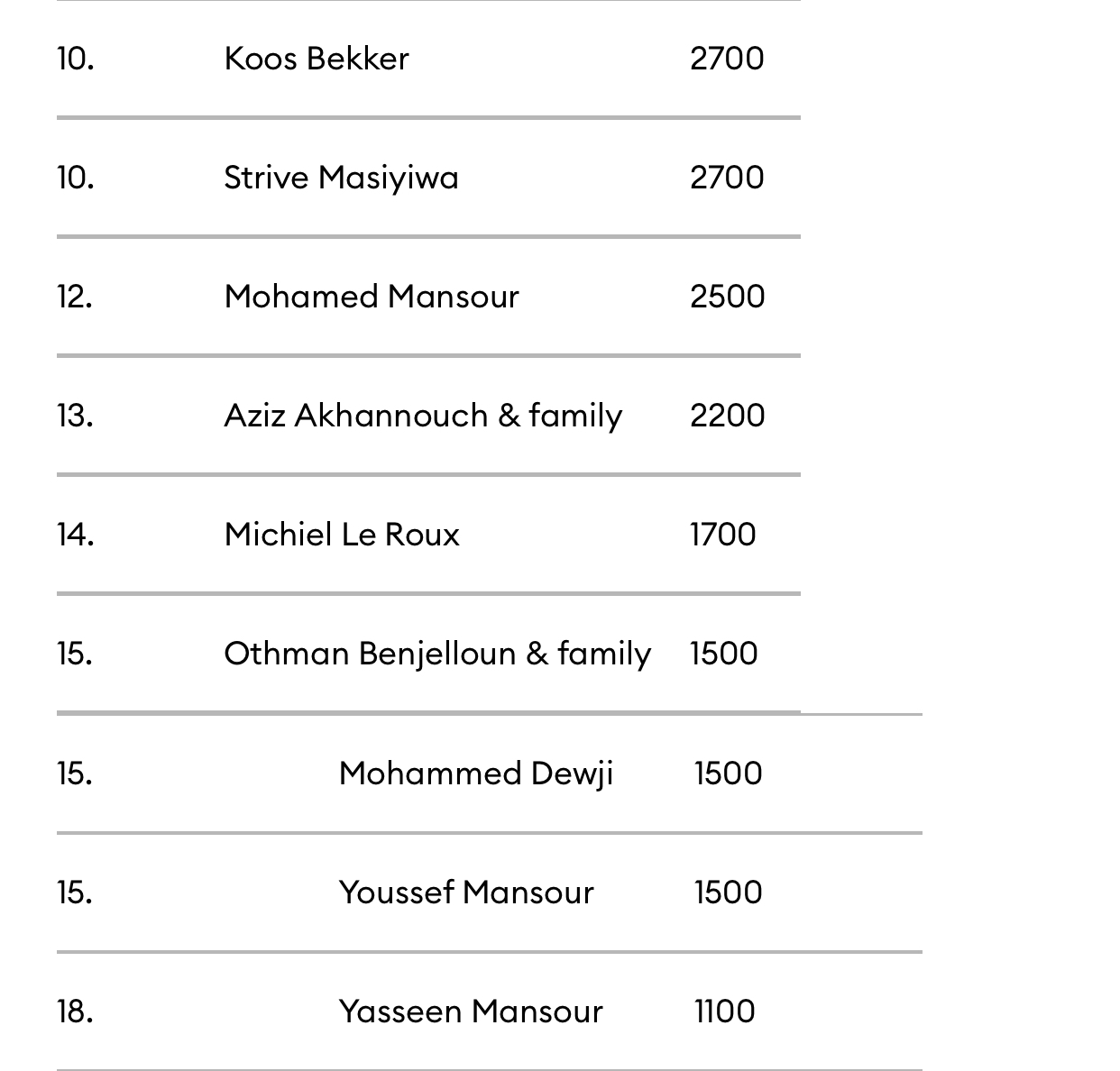 The 18 billionaires from Africa, who were not new to the ranking, also hailed from seven different countries.

South Africa and Egypt each had five billionaires; followed by Nigeria with three and Morocco with two.

All of the continent’s billionaires were men; the last woman to appear in the ranks, Isabel dos Santos of Angola; fell off the Forbes list in January 2021.

Share
Facebook
Twitter
Pinterest
WhatsApp
Previous article
Who is the Burkina Faso coup leader, Lt-Col Damiba? What we Know.
Next article
Malian Military Government Warns That foreign troops will no longer be allowed into Mali