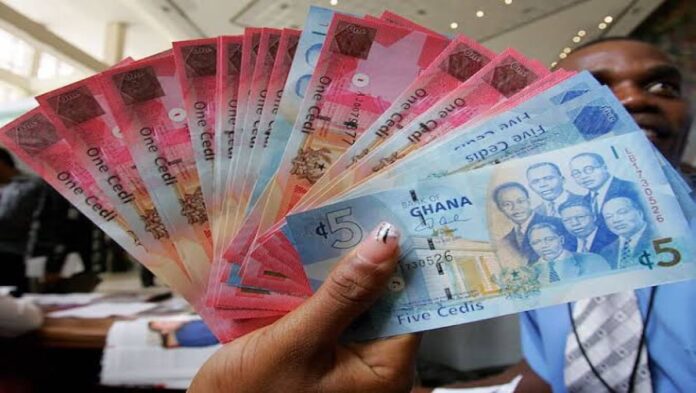 Following an increase in its performing power in the international market, Last Week, the Ghanaian Cedi was ranked as the best-performing currency in the world.

This brief positive moment is the result of Ghana’s plan to reorganize its domestic debt.

This report comes from Bloomberg, which revealed that the currency’s appreciation comes with optimism about receiving a $3 billion bailout from the International Monetary Fund for the country months ago.

The report reads in part; “The cedi has rallied 10% in the past five days, the biggest advance among about 150 currencies tracked by Bloomberg. That’s a turnaround for an exchange rate that had lost half of its value this year and occupied the bottom slot in the charts.”

More extracts from the report read, “The currency was the cheapest in Africa, more than 30% undervalued versus its 25-year history last week, so some rebound after the huge fall recently isn’t that surprising,” said Charles Robertson, the global chief economist at Renaissance Capital Ltd. in London. Also we have the IMF in town, which should pave the way for dollar support.”

A few months ago the complete opposite of this news was reported revealing that the Ghanaian cedi was the worst-performing currency in the world.

This news sparked outrage and protests in the streets of Accra. The protesters also made their way to Parliament, where many lawmakers began calling for the resignation of the country’s finance minister, Ken Ofori-Atta.

This led to some controversial displays by opinionated members of parliament and government officials who opposed the country’s finance minister and his recent policies, blamed for the currency’s issues.

This may have been the result of some of his cabinet’s initiatives, one of which is directly related to the esteem for the Sidi.

Ghana is one of Africa’s most remarkable regions and its recent history of governance and development has been impressive, to say the least. So it’s no exaggeration to think that this country can recover from its worst economic crisis in decades.