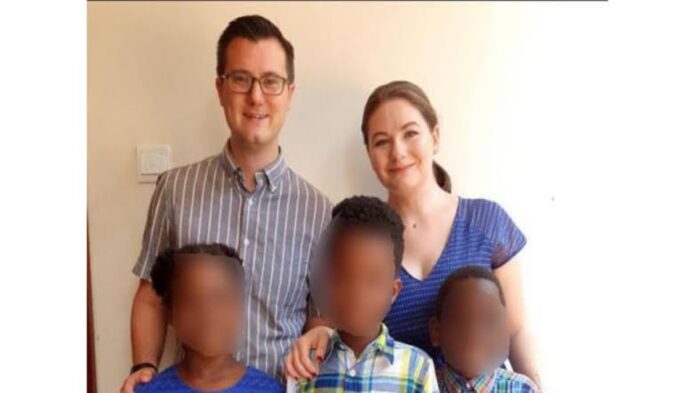 Local Police say an American couple in Uganda has been accused of “gross torture” of a 10-year-old child in their care.

Police said in a statement on Tuesday that Nicholas Spencer and his wife Mackenzie Lee Mathias Spencer, both 32, were charged on Friday and taken to Luzira Prison, a maximum-security facility on the outskirts of the capital Kampala.

They were due to appear in court for their hearing on Wednesday. Police said the couple have three Ugandan children in their care, including the victim.

Prosecutors claim they “constantly tortured” the boy between 2020 and 2022, with neighbors raising the alarm for the child, who attended a school for special needs children in Kampala.

When police searched the home, they found surveillance video, showing the incidents.

“Our investigative team found that the couple kept the victim barefoot and naked throughout the day, sometimes making him sit in an awkward position, with his head on the floor and his hands open, and he spent his nights on a plank without a bed while he was given cold dishes, served from the fridge,” the police said in a statement.

“We believe the victim could have been subjected to more serious torture off camera,” the statement further reveals.

The police statement called on social workers to continuously monitor the welfare of vulnerable children and foster families, saying “what happened to the victim over the past two years could have been avoided had they taken a closer look at the welfare of adopted children”.

Police said the couple came to Uganda in 2017 to work as volunteers at a US-based nonprofit in the city of Jinja before moving to Naguru, an upscale Kampala suburb, to work at a startup work.

International adoptions have sparked controversy in the East African country.