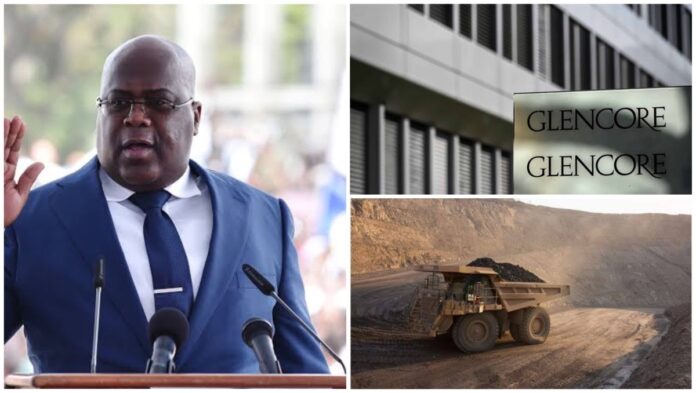 Switzerland-based mining company, Glencore has been in the spotlight for several controversial white-collar crimes.

A recent update on one of its cases claims the company will pay DR Congo $180 million to settle a corruption allegations.

This year alone, the swiss-based company has been forced to pay $1.6 billion in damages after a horrific series of corruption scandals.

Earlier this year, in May, Glencore admitted to bribing officials in several African countries, including the Democratic Republic of the Congo.

But the DRC scandal spans a decade, from 2007 to 2018, after investigations into mining activities in the country uncovered multiple leads of bribery during the period.

According to a report released by the US Department of Justice on May 24, 2022 detailing the company’s unethical practices, the company alleged that Glencore used illegal means to gain a competitive advantage over its business competitors.

“In the DRC, Glencore admitted that it conspired to and did corruptly offer and pay approximately $27.5 million to third parties while intending for a portion of the payments to be used as bribes to DRC officials, in order to secure improper business advantages,” the report reads in part.

The company stated that it was happy to overcome this incident and resume friendly relations with the DRC. For its part, the DRC declined to comment on the matter.

“Glencore is a long-term investor in the DRC and is pleased to have entered into this agreement to address the consequences of its past conduct,” said Glencore Chief Executive Officer Kalidas Madhavpedi.

Glencore is one of the world’s largest commodity companies and employs around 135,000 people in more than 35 countries.