How Queen Mother Yaa Asantewaa, led the Ashanti war known as the War of the Golden Stool, against British colonialism 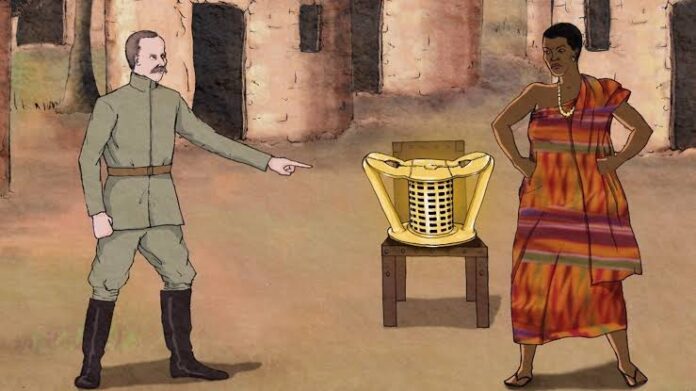 Born in the 1840s into the Asona Royalty of Besease Clan, Ghana, Yaa Asantewaa was a farmer and local administrator. When her brother, Nana Akwasi Afrane Okpase, became the King of Edweso; he appointed her the Queen Mother which is the second highest position in the empire; because of the matrilineal culture of Asante people.

As Queen Mother, Asantewaa had a lot of responsibilities, including being the custodian of the Golden Stool (Sikadwa); the emblem of the Asante kingdom, culture and power. She was the main adviser for the king and was also responsible for presenting candidates to the kingmakers whenever the need arose.

In the late 1880s, Asante people began to rebel against the British expansion into their territory. This resulted in incessant clashes between British soldiers and Asante warriors, which dragged on till 1863; when Asante warriors invaded and razed some of the coastal villages that were supporting the British. 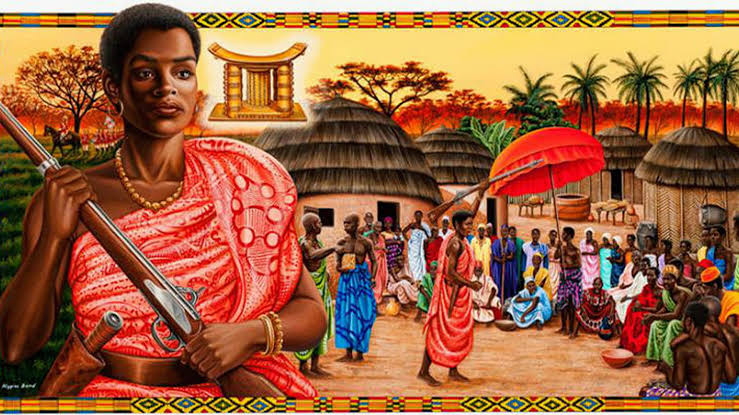 Richard Pine, the then Governor of Gold Coast, countered the attack. Although the effort failed, the Asante; for lack of unity among the federating communities, could not leverage this failure to chase out the British from their territory. Rather, the insurgence led to an impasse among them.

To check the Asante warriors from further attacking the British and their supporters, Governor Frederick Mitchell Hodgson, in 1896; captured and exiled the relatives of Asantehene Agyeman Prempeh I (the King of Asante Kingdom), his mother (the Asantehemaa), his father (the Apebiakyerehene), his brother (Adumhene), some chiefs, and kings of Offinsu and Ejisu (Kofi Tene, who happens to be Nana Yaa Asantewaa’s grandson) and Mampong to Sierra Leone and, later to the Seychelles Island. Hodgson did this to acquire the Golden Stool and control of Asante Kingdom.

According to GuardianNG,  While the remaining chiefs were foot dragging on how to face the British with their superior firepower and bring back their people, Asantewaa raised a troop of over 5,000 soldiers made up of men and women to attack the British.

The attack was, however, trigged when Sir Hodgson sat on the Golden Stool; an act the people considered impious to their culture.

Having assumed the role of Commander-in-Chief of the Asante army, Asantewaa, from March 28, 1900; led a series of rebellion termed the ‘Yaa Asantewaa War’ or ‘the War of the Golden Stool.’ Also tagged the Anglo-Asante War, Asantewaa used the conflict to unite her people and challenge the traditional role of women.

Years after the war, the British were unable to get the Golden Stool, especially as it was believed that the Asante hid it in a remote forest, until 1920, when a group of construction workers found it in the forest.

The workers who found the stool, stripped it of its gold ornaments, but they were tried by the Ashanti and sentenced to death. However, British colonial authorities intervened, and the culprits were exiled.

Today the revered Golden Stool is housed in the Asante royal palace in Kumasi, Ghana. 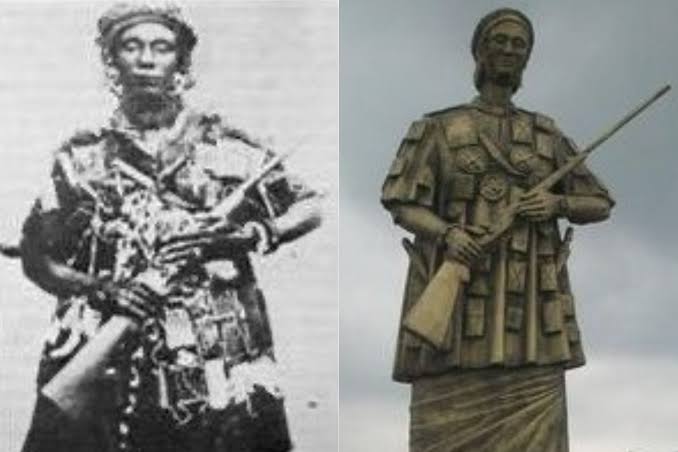 The Death Of The Queen Mother

Asantewaa, alongside other fighters, were captured during the war and taken to Seychelles, where she died in 1921.
Seeing the doggedness of the Asante warriors, the British, in 1924, released those it took captive. Agyeman Prempeh I was also released and returned to Kumasi. And in 1928, he initiated efforts to exhume and return the remains of all Asante prisoners that died in captivity.

In 1930, the remains of 29 Asante detainees, including that of Nana Yaa Asantewaa, were returned to Kumasi. Yaa Asantewaa’s remains were brought to her hometown, Edweso, where she was properly interred as a heroine.

Asantewaa’s contributions to the independence of the Asante confederacy was instrumental to the nationalist agitations of the early 20th century that led to Ghana’s independence on March 6, 1957. With this, Ghana became the first country to gain independent in the West African sub-region in the post-​colonial era.

Aside politics, contemporary African feminist movements have drawn inspirations from Asantewaa to contribute meaningfully to their families and communities.

To immortalise her, a museum was opened in the Ejisu-Juaben District, Ghana; in her honour in August 2000. Also, there is the Nana Yaa Asantewaa Awards (NYA) for women.

Ghanaians will ever be grateful to Nana Yaa Asantewaa, the Asante Warrior Queen Mother; whose activism and military tactics contributed to the liberation of her people and country. Her roles in Ghana spurred nationalist ideals in other parts of the West African sub-region; which resulted in many of the countries gaining their independence.