“I Have Been Single For Too Long,” Wizkid Laments Despite Welcoming New Child With Manager 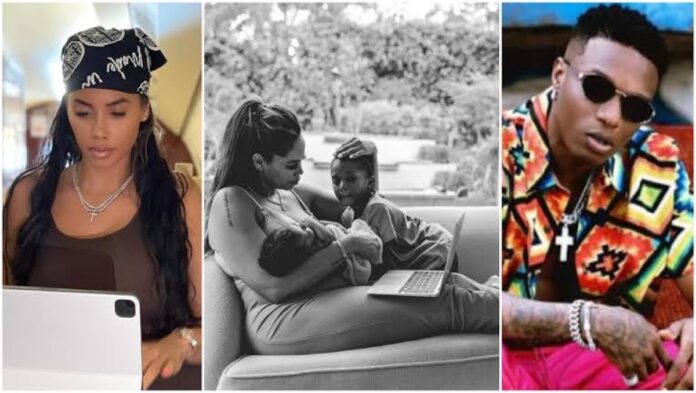 Wizkid also known as Machala, who recently gave birth to his fourth child with his manager Jada Pollock, lamented being single for so long in a Snap conversation on Tuesday.

Seemingly unfazed by the fact that he’s a “bachelor,” the “More Love Less Ego” singer suggested that he might need to look for a woman or two to possibly save himself from the predicament he’s in.

Recall that the Nigerian singer and his businesswoman ‘babymama’ Jada Bullock have welcomed their second child.

The 37-year-old businesswoman made the announcement on her Instagram account, where she shared a photo of herself hugging her first child and new baby, with the caption: “Beyond grace. Thank God for another year.”

Jada Pollock is known in the industry for her entrepreneurial skills. Under his stewardship, Wizkid has developed relationships with several high profile international artists including Drake.

Before turning to talent management, Jada was a stylist for popular brand Gucci.