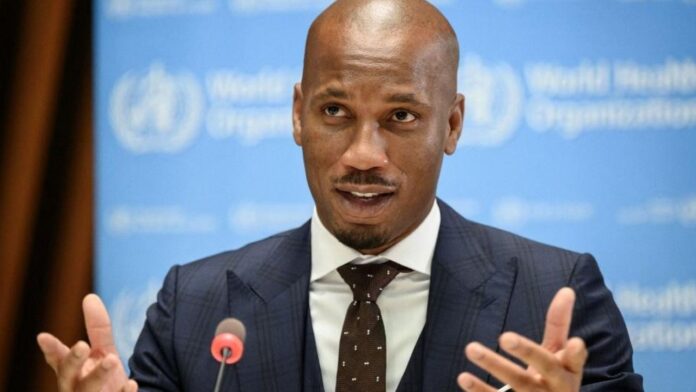 The statement reads, “The filing of candidacies for the presidency of the Ivorian football federation is closed. Six candidates have been registered. They are: Sory Diabate, Yatte Ellele Jean-Baptiste; Idriss Diallo, Arnaud Aka, Laurent Kouakou; and Didier Drogba,” said Mariam Dao Gabala, president of the FIF normalization committee, at a press conference.

The former Chelsea player is optimistic he would emerge the winner of the election; which is expected to take place on April 23, according to the Ivorian Football Federation.

Drogba said praising his candidacy “Finally here we are! I can’t wait for the campaign to start. Trust me to give life to Ivorian football if I am elected.”

Details about the Election

Ahead of the election, the electoral commission is expected on Friday, April 15 to make public the list of candidates authorized to run.

Despite Didier Drogba’s football status, he doesn’t seem to be the favorite candidate in this election, due to a lack of support from several Ivorian clubs.

The election has already been postponed several times since 2020, due to an imbroglio over the sponsorship system for candidates.

The FIF had been placed under supervision in December 2020 by Fifa, which installed a “Normalisation Committee” to try to resolve this crisis.

Dao Gabala said on Sunday “We are ready for these elections and we must show a good image of Côte d’Ivoire through a peaceful election. I ask everyone not to add to the crisis.”