Multi award-winning American rapper and businessman Jay Z has proved that he is a fan of Fela Kuti’s music and activism; as he continues to celebrate the Nigerian Afrobeat icon.
Jay Z has now paid tribute to Fela by including his record; Let us Start off the album Live from 1971 in the soundtrack of the new Netflix movie “The Harder They Fall”and the trailer. The purpose of the soundtrack is to highlight black music from across the world.

According to the Jay Z, Fela’s music represented black people and using the record is a way of showing how art influences life and life influences culture.
Jay Z partly sponsored and produced the classic musical, Fela! that premiered on Broadway in November 2009 and ran until January 2011.
He also added Fela’s protest record, Zombie to his playlist about social injustices in the US in 2016. 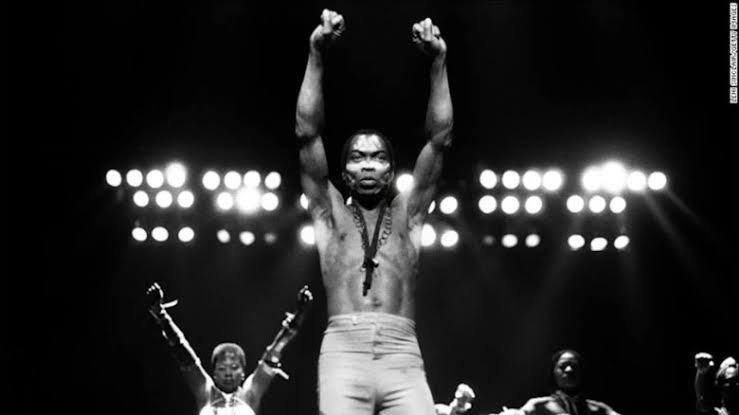 “Fela was so Hard”

“The idea of adding those landscapes to these images is super interesting. If you think about the time when Western was super popular and was the only thing on TV, it was influencing the world,” Jay Z  said in an interview at the London screening of the movie.

“So you had people in Jamaica dress up as Cowboys because these are images they had seen on TV.

“So there is actual that place that exists over Western music and we have a few of those.

“Just that juxtaposition of how art influences life and life influences culture was just interesting to us, and Fela Kuti was so hard it was just the best trailer, music of all time.

“That’s what I listen to in the house, Jeymes (Samuel)-director of the movie- as well; that’s what we listen to when we kicking it. SO we just put the things that we really love. Cause it’s magic and magic going work.”

The harder they fall, released on Friday, October 22, has Idris Elba, Regina King and other Hollywood greats among the cast. An outlaw gets his gang together ready to exact revenge on his enemy leaving prison.