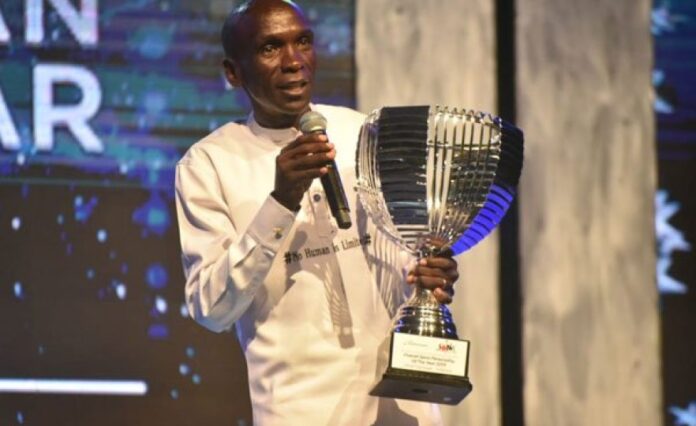 Eliud Kipchoge popularly known as the G.O.A.T was on Sunday, October 24 awarded the best male athlete of Tokyo 2020 Olympics at the Association of National Olympic Committees (ANOC) Awards held in Greece. He makes history as the third man to win gold back-to-back in the Olympic marathon after Abebe Nikila of Ethiopia and Waldemar Cierpinski from Germany.

“Marathons mean life to me”, were his first remarks after receiving the award. “When you win two Olympic gold medals back-to-back, it’s making history because only three people have done it, I’m happy to have done that in the 2020 Tokyo Olympics. The Tokyo 2020 games was important Olympics ever because it brought hope to the whole world after the Covid-19 crashed the whole world. I enjoyed the track and field for 10 years and it is good I made a huge transfer to the road and make a huge mark and inspire the whole world to love the sport and spread positivity,” noted Kipchoge in his acceptance speech.