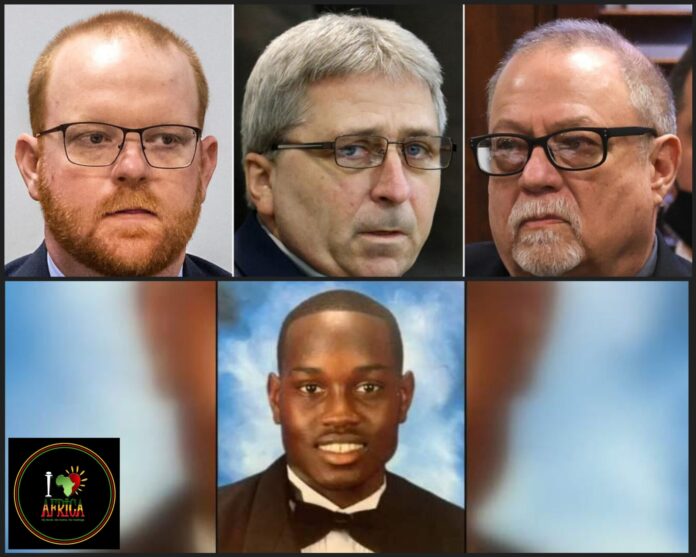 The Three White men who chased and murdered the 25-year-old Black jogger Ahmaud Arbery in south Georgia were on Friday 7th January sentenced to life in prison  with two of them having no chance of parole. 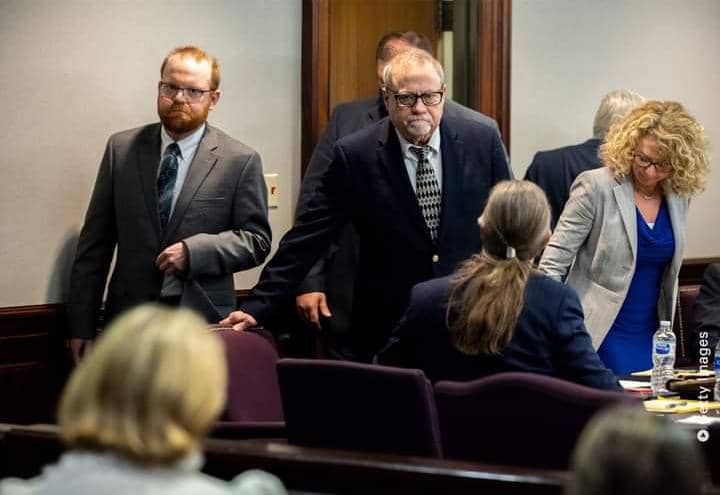 Travis McMichael, 35, his father, Gregory McMichael, 66, and neighbor William “Roddie” Bryan, 52, were convicted in November on a raft of charges, including felony murder, for Arbery’s death.

Before handing down the sentence, Walmsley described the killing in a neighborhood outside Brunswick, Georgia, as a “chilling, truly disturbing scene,” telling the court he “kept coming back to the terror that must have been in the mind of the young man running through Satilla Shores.”

The grieving mother looked at her Son’s grave and said “I made a promise to you the day I laid you to rest,” and further added “I told you I love you, and someday, somehow, I would get you justice.”

She said “Son, I love you as much today as I did the day you were born. Raising you was the honor of my life, and I’m very proud of you.”

For Gregory McMichael, the judge imposed additional imprisonment sentences of 20 years for McMichael’s aggravated assault conviction, 10 years for his false imprisonment conviction, and 5 years for his criminal attempt to commit a felony conviction. Again, the additional sentences will be served concurrent to each other but consecutive to the life sentence, meaning Gregory McMcihael faces a total sentence of life in prison without the possibility of parole plus 20 years.

For Black residents of Ahmaud Arbery’s hometown, trust in the justice system is the trial right alongside his accused killers

The victims Father, Marcus Arbery Sr., Arbery’s father, noted Travis McMichael had been able to sit in the courtroom with his father every day, something Arbery Sr. will never do again.

He said “I’ll never get that chance to sit next to my son ever again. Not at a dinner table, not at a holiday,” he said.

“My heart is broken, and will always be” he said. “If I could I’d have traded places with Ahmaud in a heartbeat. But I can’t. So I’m standing here today to do what he can’t, and that is to fight for him, fight for his memory, his legacy, and to tell you who he was.”

No matter the sentences, the sprawling legal saga isn’t over: The men’s attorneys say they’ll appeal the verdicts; a federal hate crime trial is slated for next month; Arbery’s mother has filed a civil lawsuit; and the original prosecutor faces charges over her alleged handling of the case.