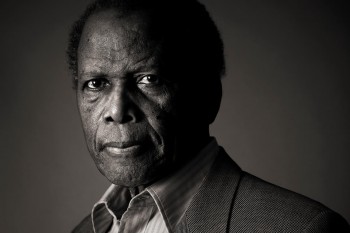 Bahamian-American actor, film director, activist and ambassador, Sydney Poitier has died, today the 7th of January, 2022. The news was announced by the Bahamian minister of Foreign Affairs, Fred Mitchell.

An avid activist, the Hollywood star challenged racial bias in the 1950s and 60s by starring in “Guess who’s coming to Dinner,” “In the heat of the night,” and “Lilies of the field,” movies which explored racial tensions in America. He was the first black and Bahamian man to win a Best Actor Award.

Poitier was born to parents who were visiting Miami to sell tomatoes in February 1927 and raised in Bahamas–then a British colony. He moved to America when he was 15 and served in the Second World War (he attempted to feign insanity to win a medical discharge during the war)

He scored his first lead film role in 1955’s “Blackboard Jungle,” and “The Defiant Ones” (1958) got him nominated for Best Actor, alongside Co-star Tony Curtis. Six years later, “Lilies of the field” rewarded him with an Oscar.

Despite the heavy flow of movies depicting racial tensions and prejudice, there were still limited roles for Black actors in the US. As one of the few who had made an impact, Poitier then went to South Africa to shoot the British-produced adaptation of Cry, the Beloved Country. His experience of apartheid in there pushed him towards activism.

The Bahamas deputy prime minister, Chester Cooper, said he was “conflicted with great sadness and a sense of celebration when I learned of the passing of Sir Sidney Poitier”.

The actor was also a diplomat in 1997. Until 2007, he was named the ambassador of the Bahamas to Japan. Following the death of Ernest Borgnine in 2012, Poitier became the oldest living Best Actor Winner in history.

Poitier married twice, first to Juanita Hardy from 1950-1965, during which he had a nine-year affair with Diahann Caroll. Sidney and Juanita bore four daughters. He later remarried in 1976 to Joanna Shinkus with two children. They were together until his death.

Major Hollywood figures have paid tribute to Poitier’s achievements. Actor and director Tyler Perry wrote on social media: “The grace and class that this man has shown throughout his entire life, the example he set for me, not only as a black man but as a human being will never be forgotten.” Whoopi Goldberg wrote: “If you wanted the sky I would write across the sky in letters that would soar a thousand feet high. To Sir… with Love. Sir Sidney Poitier R.I.P. He showed us how to reach for the stars.” Westworld star Jeffrey Wright called him “a landmark actor. One of a kind. What a beautiful, gracious, warm, genuinely regal man. RIP, Sir. With love.”