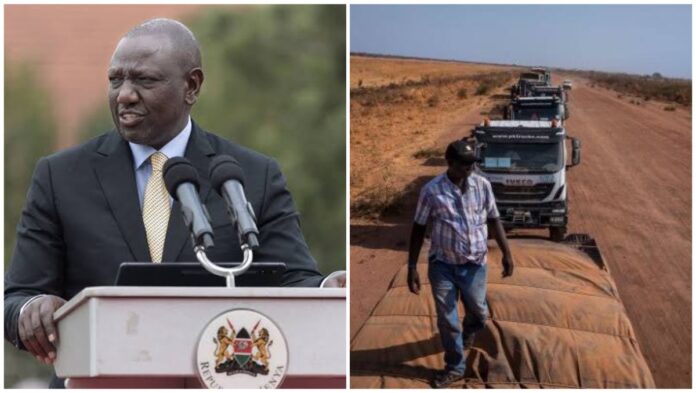 Kenyan President William Ruto expressed concern over the fighting in neighboring South Sudan and sent a food donation to those affected.

The States affected by the unfortunate incident and have since been donated to by the Kenyan government include those in the Upper Nile and Jonglei states in North and South Sudan.

The States are currently witnessing renewed rivalry between the army d militias and government forces. According to sources, the constant fighting has since become a threat to the implementation of the 2018 peace deal between President Salva Kiir and his former rival Riek Machar.

Ruto said he spoke with Kiir on Saturday and urged him to facilitate dialogue for all concerned to end the fighting.

Kenya has also called on the international community to step in and help with the growing instability in South Sudan.

“As a neighbor and donor to the peace process in South Sudan, on behalf of Kenya, I draw the attention of the international community to these worrying developments and call for focused and immediate intervention towards de-escalation, peaceful resolution and coexistence between the parties involved. ,” Ruto said.

The fighting has displaced thousands of people and many are in urgent need of water, food, shelter, and medical care.

This stands as the second time the Kenyan government has extended its helping hand to South Sudan. The country sent food and medical aid to South Sudan following similar incidents in the past.