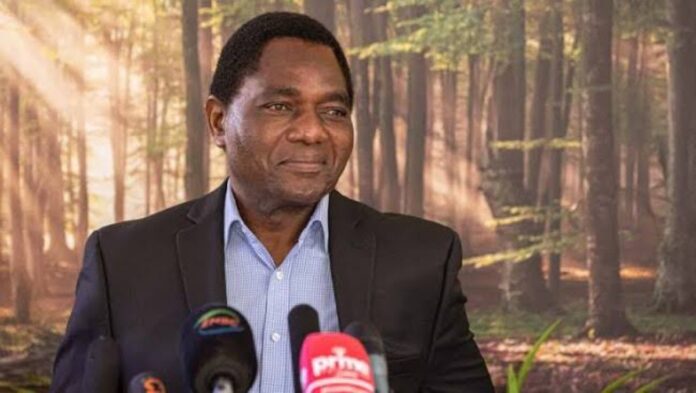 Zambia abolished the death penalty and the criminal defamation offense on Friday.

“Today we adopt Penal Code Bill (Amendment) No. 25 of 2022, which abolishes the death penalty in Zambia and the crime of defamation of the President.” He promised to change the laws that impede democracy, human rights, good governance and fundamental freedoms,’ tweeted President Hakainde Hichilema.

The repeal is a positive and progressive measure that shows the country’s commitment to protecting the right to life, said Tigir Chagoya, Amnesty International’s Regional Director for Eastern and Southern Africa.

Critics of Zambia’s anti-presidential insult law hailed the government’s scrapping of the controversial measure as a step towards democracy.

Daniel Singwala Lipati, a human rights lawyer, told VOA that he was pleased with the repeal of the defamation law announced by Hichilema on Friday.

Political scientist Guess Nyirenda said that while he was pleased with the change in law, more needed to be done to promote freedom of expression in Zambia.

“We would like to urge President Hakinde Hichilema to set the tone and continue to do good, especially in upholding strict and old laws,” he said.

Sabwe Mbewela, leader of the opposition National Democratic Party, has been arrested several times under the Defamation Act.

She told VOA that while she welcomed the lifting of the law, she urged Zambians to be cautious. She noted that the existence of cybersecurity laws is a concern as they continue to restrict freedom of expression.

“I see a situation where they will use every law to ensure they have access to political opponents, so the Zambian people shouldn’t feel comfortable,” Mbewela said. “Now you should be more careful than ever about what you say on Facebook, because the president and his people will now use Internet law to sue you for anything you say.”

In a statement issued late on Friday, Hichilema also announced the abolition of the death penalty. The last execution in Zambia was in 1997, but as of 2021 there are still around 250 people on death row, including nine with new sentences.