Singer, Kizz Daniel, Arrested In Tanzania After Failing To Show Up For Paid Performance 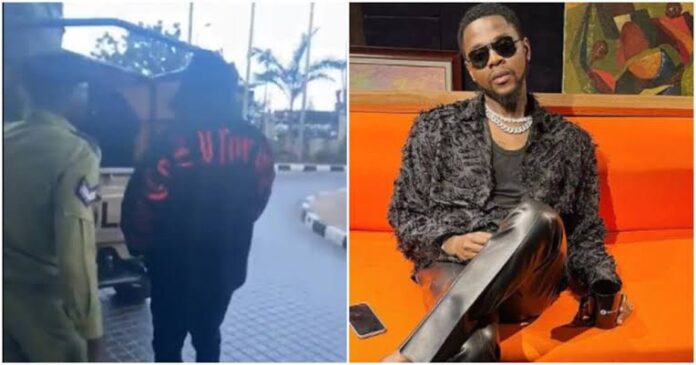 Singer-songwriter Oluwatobiloba Daniel, also known as Kizz Daniel, was reportedly arrested in Tanzania after failing to attend a paid concert in the country.

Fans of the singer who gathered at the venue of his promoted concert in Tanzania went out in a rage and vandalized the venue after he failed to show up.

The Buga singer was scheduled to perform at the Warehouse, Old Next door Arena in Tanzania on Sunday night as part of his Afro Classic World Tour.

However, in new videos popular on Twitter, the singer was seen being ushered into a police vehicle in a hooded jacket.

After he failed to show up, a video of angry fans vandalizing the concert venue trended online for hours, with expected reaction from dozens of fans.

Voices could be heard in the background of the videos expressing their displeasure with the singer’s attitude.

An angry voice said, “You’ll answer. You’ve wreaked havoc on this country. I told you yesterday.”

Although the singer has yet to resolve the situation, his fans have criticized him for his actions.

A tweep, @olamideofficial, said: “Last time I said Kizz needs to fix Daniel. Some people came for my head. Here we are again. Talent is never enough. If something is causing these constant problems, it needs to be fixed.”