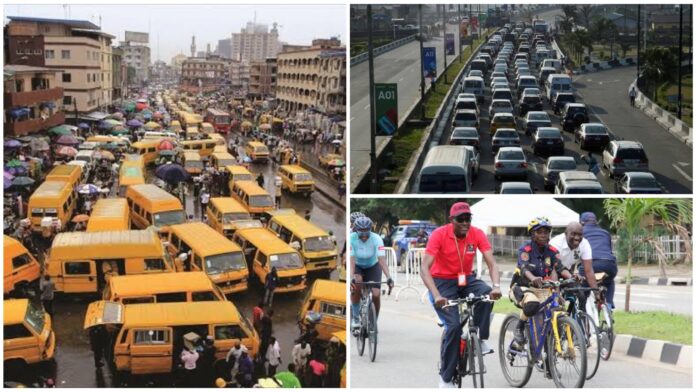 Nigeria’s economic hub, Lagos, is Africa’s most congested city and has some of the worst levels of air pollution. To highlight the problems, authorities in Lagos held the first car-free day on Sunday, asking drivers to walk or cycle.

Cyclist Dimeji Olawale took his e-bike early Sunday morning to join his peers in Ikeja, the capital of Lagos state – the site of the state’s first car-free day.

During the event, Lagos State authorities committed to making it an annual commemoration. Officials said this is part of an effort already underway to encourage non-motorized transport in the state.

Olawale said cycling is his way of promoting the initiative.

“We are promoting e-bikes and encouraging and supporting our communities to go completely carbon free,” said Olawale. “Everyone can work together to fight climate change.”

Lagos is considered the most congested city in Africa and one of the worst in the world according to the Numbeo traffic index.

Lagos is well known for the large number of yellow vehicles that swarm through the narrow streets.

Although the car-free day was mainly held in Ikeja, it was not observed in other parts of the state.

But organizers like Dennis Kange, an employee of the African Cycling Foundation, said that was about to change.

“For a city like Lagos, vehicular traffic is not a sustainable way to transport people,” Kange said. “And with the implementation and awareness of non-motorized transport policies, more people may realize that driving is not always necessary.

Driving has other impacts like carbon emissions, obesity. It can affect our environment and our health.”

Chidimma Nwanekezie from Lagos State attended the event. “It’s not a situation where the street is just for people with cars,” Nwanekezie said, “but we can share the street with other people who don’t have cars — cyclists, cyclists and even people who used the crosswalk.”

Between 1990 and 2019, the impact of greenhouse gases on Nigeria’s atmosphere increased by more than 270%, according to the International Energy Association.

Nigerian officials said last week that floods have killed more than 300 people this year and displaced 100,000. Lagos state is one of the affected states.

For now, officials said they are working to modify other modes of transport and are encouraging citizens to engage in cleaner, more sustainable urban transit.