Back To Roots: Lewis Hamilton Traces His Roots To Africa, Confesses Love For Namibia 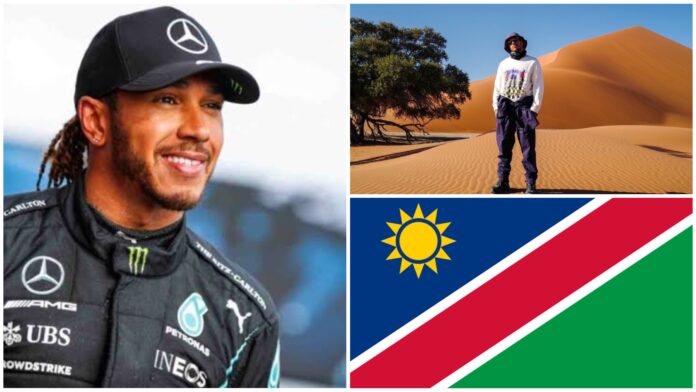 Lewis Hamilton is currently in Africa spending his summer break tracing his African roots in Namibia, “something” he says he has always wanted to do.

Sharing several stunning images on Instagram, the seven-time world champion wrote, “This year I’m spending my summer break doing something I’ve wanted to do for years.

The Briton revealed on his social media that he is “finally tracing his roots in Africa” and is starting his journey through Namibia.

“This year, I’m spending my summer break doing something I’ve wanted to do for years,” Hamilton wrote.

“I’m finally tracing my roots in Africa, and for people to say this trip was a pivotal experience is an understatement. This was a life-changing reset.

“I feel like I’ve gained a new perspective on life, developed an even stronger love for animals, and have grown even closer to my siblings, with whom I’ve shared this special journey.

“Wherever I look, I’m surrounded by so much beauty and I really feel re-centered and at peace. My first stop was Namibia, one of the most beautiful places I’ve ever seen with my own eyes.

“Words and pictures don’t do it justice. The balloon ride was surreal. We had to land on the side, which I will definitely never forget.

“I couldn’t think of a better place to spend this break. Sending peace and light to everyone, and I’m already on my way to the next station”, concluded the Briton.

Hamilton recently hit the waves with a £20,000 electric surfboard. The British hero shared a video of himself in swimming trunks alongside MotoGP friend Fabio Quartararo in the incredible piece of equipment.

However, he won’t be back in F1 action until August 28, when the F1 season restarts in Spa.

He showed off his impressive agility as he effortlessly glided over the waves in front of fellow racer and professional biker Fabio Quartararo, 23 after which he posted the video to his Instagram stories.

In the fun video, Lewis wore light blue bathing shorts as he showed off his tattooed and toned physique.

He ran around on Karl Lagerfeld’s limited-edition board while tying his bleached dreadlocks into a ponytail and sunbathing.

He captioned the post: “And off we go!! Started summer break with a much-needed day on the water.”