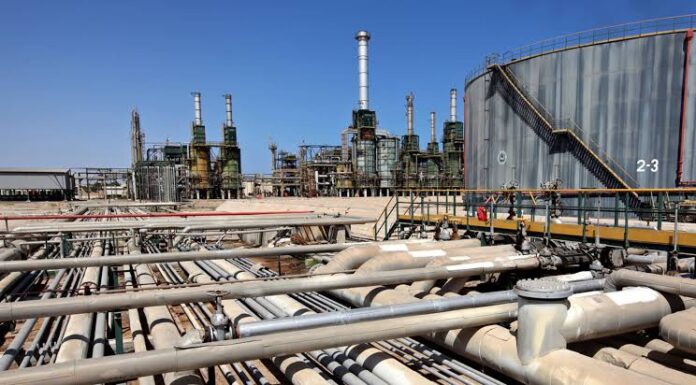 Libya has finally resumed oil expectations on Wednesday, ending a month-long pause due to economic issues caused by civil unrest.

The resumption comes after the country resumed production in oil fields after the chairman of the state-owned oil company was sacked by one of the country’s rival governments.

A Maltese-flagged tanker, Matala, docked at the al-Sidra terminal to ship a million barrels of crude oil, the new head of the National Oil Corporation (NOC) noted. He added that the ship will be heading to Italy from the terminal.

Two other tankers, the Marshall Islands-flagged Nissos Sifnos and the Liberian-flagged Crudemed, were scheduled to ship 1.6 million barrels from the Zueitina Ras Lanuf terminals on Wednesday, according to the NOC.

Mohamed Hamouda, a spokesman for the government of national unity, said exports had been “smooth” and “increased steadily” throughout the day.

Last week, the NOC lifted a force majeure that had been declared at several oil facilities in April after tribal leaders allied with powerful commander Khalifa Hifter shut them down.

Legal contracts often contain a force majeure clause, which allows the parties to release themselves from contractual obligations due to exceptional circumstances.

“Production resumed Tuesday at numerous fields including Sharara, the county’s largest, after a three-month shutdown,” the NOC said.

The closures caused the country’s daily oil production to fall by two-thirds. The country’s production stood at 1.2 billion barrels per day earlier this year.