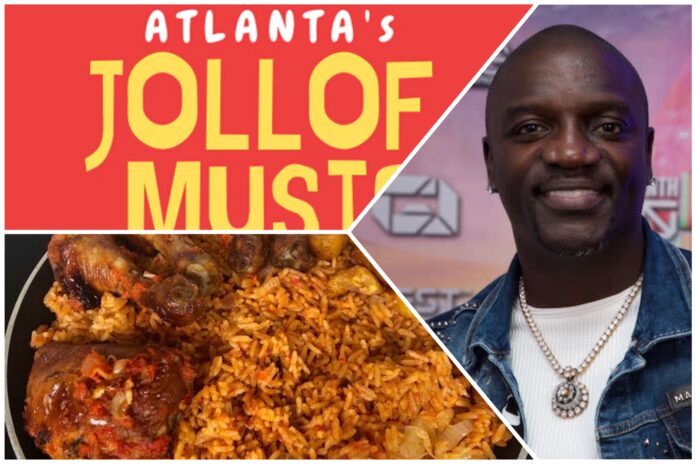 The festival, which is in its first year, will present the people of Atlanta with an opportunity to taste the iconic Jollof Rice in different styles and flavors, as a contest to determine which West African country has the best Jollof rice will be in place.

In what has been tagged the “Jollof wars,” a healthy competition that started on social media, the increasing debates about which of the West African nation has the best jollof rice will be settled for the people of Atlanta and a winner will be chosen to bear the flag of Africa’s “best Jollof.”

Representatives from the four contending nations, Nigeria, Ghana, Sierra Leone, and Akon’s very own homeland, Senegal, will be present to dish out their best version of the iconic dish. While all are expected to produce a fantastic dish, one would be picked as the winner.

Jollof has always stood as one of West Africa’s greatest dishes and a top contender on the list of Africa’s most celebrated dishes. The fantastic dish made with rice as its most important ingredient is garnished with “complex flavors, and spices,” that often go well with fish or meat, whether fried or simply cooked.

The Atlanta Jollof, Music and Food Festival will take place in Piedmont Park. According to the organizers, visitors can taste popular African food and vote in a contest between representatives from all the countries vying for the title of Best Jollof Rice.

The event also has other cultural activities scheduled. Participants will experience a day of music, art, dance and more. There will be live performances by Rotimi, Afro B, Focalistic, Nektunez, Salma Slims, Nana Kofi, and of course Akon. The event will also feature black-owned Atlanta businesses selling Ankara prints, jewelry, art paintings, clothing and more.

Akon Lights Africa is a project started in 2014 by Akon together with Samba Bathily and Thione Niang, with the aim of providing solar-powered electricity in Africa. Their initial technique is to install solar streetlights and small power systems. The company operates in 14 countries, including Guinea, Senegal, Mali, Niger, Benin, and Sierra Leone.