Life of Olaudah Equiano, the Slave Who Became a Writer 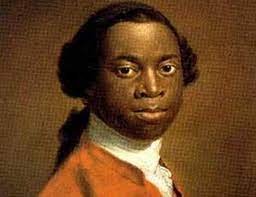 Aruguably, without mentioning Olaudah Equiano, the history of African literature will fall short.

Olaudah Equiano was an African writer, abolitionist, sailor, and civil rights activist who was held as a slave but later rose to prominence as the most important Black anti-slavery advocate in 18th-century Britain. He is often regarded as the nation’s first Black political figure.

Because Olaudah Equiano wrote about the tragedy of slavery after having first-hand experience with it, his Christian defense of the slave trade and slavery distinguished itself from the arguments of abolitionists Thomas Clarkson and John Newton.

Olaudah Equiano description of the ship voyage is the longest and most detailed of any slave tale. He details the filthy living conditions he and other Africans faced, the suicide of a few captives, and various forms of cruelties meted out to him and his shipmates.

“In my opinion, the word of God was sweet, even sweeter than honey and honeycomb. Five years after his conversion, a British seaman in the 18th century said in 1789, “Christ was revealed to my spirit as the chiefest among ten thousand” he writes.

Gustavus Vassa, a former slave who converted to Christianity, started the literary genre known as slave narratives by penning his own autobiography.

The Interesting Narrative of the Life of Olaudah Equiano, his book, was published under his birth name.

Equiano, a resident of London in the 1780s, got active in British abolitionism and spoke out against slavery and the slave trade until his death in 1797.

Because he was an African writer who described the brutality and depravity of the slave trade and slavery itself, His Interesting Narrative became the most influential work of abolitionist literature of the time.

Nine English editions of Equiano’s story were published until 1794, and it was also translated into Dutch, French, and Russian.

Around what is now Southern Nigeria, Olaudah Equiano was born in 1745; his father was an Ibo chief. Olaudah was seized by African slave traders when she was 11 years old, and she was later sold into servitude in the New World.

He wasn’t sent off to the British colonies right away. Instead, before reaching the coast, he performed several household tasks as a slave in what is now Nigeria.

Equiano was separated from his sister while being held captive in his native country by kidnappers. He claims in his autobiography that he developed to the point where he yearned for death.

Equiano had harsh words for the African slave catchers and referred to them as “uncircumcised,” despite the fact that he did not write any of his harsh sentiments about his African masters and mistresses.

The idea that there is a “Creator of all things” who “governs events, notably our deaths and captivity” was one of the central beliefs of the Igbo community, according to Equiano.

This Igbo predestinarian conviction, which is a prominent theme in the poem, is perhaps what made it simpler for Equiano to accept the Christian notion of God’s Providence.

His writings also contrast Igbo and ancient Israelite customs, mentioning Igbo circumcision, and they contend that Igbo and Jewish naming customs are comparable because both cultures name their offspring in honor of a significant occasion.

The literature even goes so far as to claim that Igbos—and all Africans—were sprung from Jews.

Equiano, who was given the name Gustavus Vassa by one of his numerous owners, was made to work for a number of masters, including a merchant from Philadelphia, Pennsylvania, a plantation owner in Virginia, and a British naval officer.

Equiano traveled between four continents while a slave to the naval officer. Equiano was able to create the most well-known and dramatic slave story of his time thanks to his international encounters with the Atlantic Slave Trade.

Around 1745, Equiano is thought to have been born to Igbo people in Nigeria. He was only 11 years old when he and his sister were taken from their village and sold into slavery.

Equiano was separated from the group and transported to Barbados on a slave ship, where he managed to survive the terrifying voyage.

After surviving the terrifying voyage across the sea, he was captured by evil lords who brutalized him to no fewer extremes.

In his autobiography, Equiano stated:

“These overseers are, in fact, typically the worst-character men in the West Indies, according to any denomination.

Unfortunately, many compassionate gentlemen are forced to leave the management of their estates in the hands of these human butchers who slash and mangle the slaves in a horrible manner on the most insignificant occasions and treat them overall like brutes since they do not live on their estates”.

He was purchased by Captain Pascal of the Royal Navy, who gave him the new name Gustavas Vassa in honor of a Swedish noble who had become a king.

He spent a lot of time at sea with Pascal, working as a valet and transporting gunpowder to the gun decks during the Seven Years’ War with France.

Equiano spent a significant portion of his time residing with Pascal’s family in Blackheath, London, where he picked up the language abilities that would shape his destiny.

Equiano made friends with and supported a lot of people active in the abolitionist campaign to put a stop to the slave trade because of his firsthand experience of living as a slave.

His autobiography was inspired by some of his abolitionist friends who urged him to share his life experience.

Equiano was a founder member of the Sons of Africa, a tiny abolitionist organization made up of Black intellectuals and activists who had once been slaves. They are acknowledged as the first Black lobby organization in Britain.

Because of their literacy, they were able to write letters to newspapers, petition the government, and give lectures.

They frequently described the gruesome circumstances of the Middle Passage to try spark discussion about opposition to slavery.

Along with in Britain, the Sons of Africa campaigned for the abolition of slavery in the British colonies. To advocate for the cessation of transnational slave trade, Equiano led Sons delegations to Parliament.

Equiano was assigned to the position of Commissary for Stores to the Expedition for Freed Slaves in 1787, making him the first person of African heritage to hold a position in the British Government.

The nation of Sierra Leone in West Africa was founded thanks to this abolitionist-backed endeavor.

Equiano was first happy in his job, but he soon noticed fraud and deceit among those in charge of supplying the expedition with supplies. His dismissal resulted from his refusal to accept this wrongdoing.

However, Equiano persisted in collaborating with prominent British abolitionists like Thomas Clarkson and William Wilberforce, who pushed Parliament to outlaw the slave trade.

When he penned and published his autobiography, The Interesting Narrative of the Life of Olaudah Equiano or Gustavus Vassa the African, Written by Himself, in 1789, he also added his own history to the conflict.

His book quickly became the first “best seller” by a black British author. Prince of Wales and eight dukes were among those who bought copies of his book.

In order to spread the word about his book, particularly among the expanding number of abolition committees it sparked, Equiano also started a lecture tour across England, Scotland, Wales, and Ireland.

Equiano’s autobiography’s fascinating title is perhaps a reference to other slave tales that underwent extensive editing.

However, it is believed that Equiano’s autobiography, like that of his American counterpart, Frederick Douglass, which was published fifty years later, is the most accurate. The narrative in Equiano goes beyond mere description.

He made a number of religious and economic justifications for the abolition of slavery, in contrast to other slave narratives.

The popularity of Equiano’s autobiography led to nine English printings in the United States, nine English editions overall, and translations into Dutch, German, and Russian during his lifetime.

Equiano is frequently recognized as the creator of the slave story due to the extent of its influence, despite the fact that countless autobiographies in a variety of genres by people who had been slaves in the United States had been written from the middle of the 18th century.

Equiano’s evocative description of the slave trade experience, his portrayal of 18th-century Africa as a model of social peace tainted by avarice, and his persuasive case in favor of abolition make The Interesting Narrative a vital work.

Equiano’s autobiography was made public in 1789 thanks to the efforts of British abolitionists like Hannah More, Josiah Wedgwood, and John Wesley who were gathering data on the suffering of slaves.

At a church in Soham, Equiano wed Susan Cullen, a White British woman, in 1792. They had two daughters, Joanna and Anna Maria.

Only Joanna, the younger of their two daughters, lived to adulthood; when she turned 21, she received £950 from her father’s fortune.

In 1821, she wed Congregational clergyman Henry Bromley. They didn’t have any kids. Joanna passed away in 1857, and her grave is located at London’s Abney Park cemetery.

Also read: The Life and Death of Cetshwayo