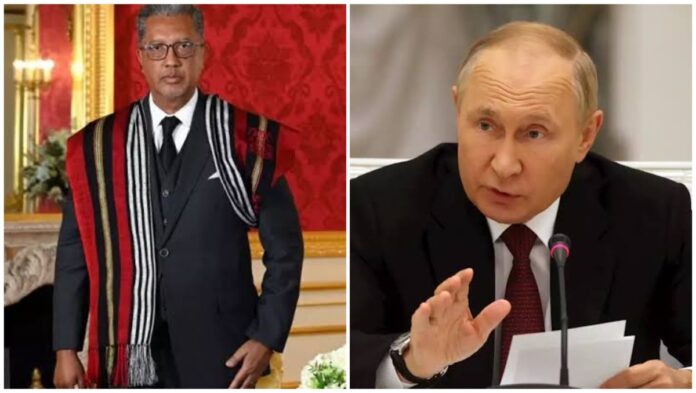 Madagascar’s President Andry Rajoelina has sacked his Foreign Minister, Richard Randriamandranto without issuing an official statement to this effect.

This is coming just one week after Madagascar voted at the United Nations to condemn Russia’s “illegal annexations” of Ukrainian territory.

On Tuesday, before a planned trip to Morocco, the president signed the revocation decree dismissing his minister. “The Secretary of Defense is responsible for the transition period,” reads the decree, which was shared with the media.

Faced with the Russian invasion of Ukraine, Madagascar pursued a non-aligned policy despite calls from the European Union and the United States to condemn Russia.

However, on October 12, Madagascar, along with 142 other nations, denounced Russia’s “illegal annexations” in Ukraine, which is a stark difference from the stance the nation has had on the conflict since it started.

On Saturday, public broadcaster TVM reported accusing the foreign minister of making the decision without consulting the head of state or prime minister.

The information was released by the Malagasy press on Monday, which accused the minister of disobedience.

On Tuesday, before the National Assembly, Richard Randriamandranto refused to answer questions from the press, saying: “We must not create a division.

For the opposition, the national coordinator of the HVM party, Rivo Rakotovao, the minister “only played the role of detonator to correct a diplomatic error”.