Madam Yoko, The Leader of The Mende Tribe in Sierra Leone 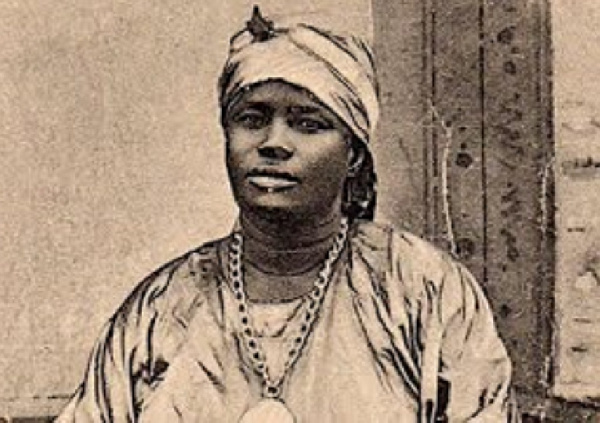 Madam Yoko, otherwise known as Mammy Yoko, was a Sierra Leonean leader of the Mende tribe. Madam Yoko rose to prominence through a combination of advantageous ancestry, astute marital choices, and the authority granted to her by the secret Sande society.

She developed the Mende Kingdom and was the monarch of the huge Kpa Mende Confederacy at the time of her death.

About The Mende Ethnic Group

The Mende are primarily found in the Southern and Eastern Provinces. The Temne, on the other hand, are mostly located in the Northern Province and the Western Area, including the capital city of Freetown.

Bo, Kenema, Kailahun, and Moyamba are among the major cities having considerable Mende populations.

The Mendes are divided into Kpa-Mende, who are predominantly in the South, in Moyamba district, the Golah-Mende, from the Gola forest between Kenema and Pujehun districts into Liberia.

The Mende are part of a wider group of Mande peoples who inhabit West Africa. Throughout the nineteenth century, regional fighting resulted in the capture and sale of numerous Mende speakers into slavery.

The majority of Mende are farmers and hunters. Historians state that during the civil war, Dr. Alpha Lavalie, a Mende himself, created the Civil Defence Force (CDF), a militia organisation, to battle the rebels and government troops.

The forces consisted of five units derived from the country’s primary ethnic groupings: Tamaboros, Hunters, Donso, Kapras, and Kamajors. Kamajor is a Mende name for hunter, and this group was not only the most powerful battling factions but also the most terrifying CDF militias.

The Mende usually dwell in villages of 70 to 250 people that are 1.5 to 5 kilometers apart. The majority of rural Mende nation has little or no mechanization.

Mende farmers mostly use hoes and machetes, with few additional implements. The Mende are well-known for growing rice and a variety of other crops, and they practice crop rotation to safeguard soil fertility.

Coffee, cocoa, and ginger are cash crops, although rice, pepper, groundnuts, sesame seeds, and palm oil are consumed locally. In certain rural regions, they are quite a number of rice societies.

Mende farming has always been carried out by labor groups organized locally and traveling from farm to farm. Work is split by gender. Men clear the area for rice planting, while women clean and pound rice, fish, and weed the planted crops.

This cycle is followed for ten months of the year, with a couple of months left around the New Year when they can spend more time in the village indulging in domestic hobbies such as house construction.

The Mende are a well-documented example of a non-western, pre-industrial civilization in which women held more political leadership posts than men, at least historically. The Mende had female rulers and military leaders in the pre-colonial era.

Madam Yoko, one such female chief, was the ruler of the large Kpa Mende Confederacy. In 1894, the British legally acknowledged her as a Paramount Chief, governing over a territory that was later partitioned into fourteen chiefdoms.

Madam Yoko, formerly known as Soma, was born in the Gbo Chiefdom circa 1849. During her Sande initiation ritual, she changed her name to Yoko and became famed for her elegant dance.

Historians claim that Madam Yoko’s first marriage to a man named Gongoima, who was a popular warrior and also her cousin ended in divorce due to Gongoima jealousy and suspicion.

After leaving Gongoima, Madam Yoko married her second husband, Gbenje, the son of another Kpe Mende pioneer warrior and Chief of Taiama.

Yoko was Gbenje’s junior wife, however, due to Yoko’s responsibility and ability, Gbenje promoted her to senior wife.

Despite the fact that Yoko was childless, Gbenjei appointed her his great wife, granting her economic influence within her family.

Due to his struggle with the British, Gbanya was incarcerated; Yoko was able to have him released by making a personal appeal to the governor.

Madam Yoko got her start in politics in this manner. Gbanya utilized Yoko in diplomatic missions with the British once he was liberated.

Gbanya named Madam Yoko his head wife and began including her in local governmental affairs as a result of her heroic acts.

Madam Yoko was able to obtain economic and political power, as well as a significant effect on Mende society.

As the leader of the women’s secret society, she formed political alliances by marrying the group’s younger members into the families of nobles and influential people.

Madam Yoko ascended to power in the late 1800s. While in power, she unified and headed a Kpa Mende confederacy.

By forming alliances and employing judicious power, she was able to seize control of all Kpa Mende (fourteen independent chiefdoms).

Yoko took advantage of the Sande society by creating a famous Sande Bush in Senehun to help her form alliances.

She accomplished this by accepting young ladies through initiations, training them, and then giving them away as wives to powerful men.

Yoko’s Sande Bush became so popular that mothers competed to get their daughters inside her Bush.

This was considerably different from male chiefs; whereas Yoko could teach the women and marry them off, male leaders could only accept a wife from a family.

Male chiefs would also form alliances by marrying the daughters of a hundred or more powerful families.

Gbanya was arrested by British colonial officials in Taiamawaro in 1875. Yoko rushed straight to Governor Rowe to request her husband’s release.

Rowe was moved by Yoko’s appeal, and Gbanya was flogged before being released. Gbanya declared Yoko his wonderful wife after this occurrence and began sending her on diplomatic missions.

This also helped her earn and enhance her status as a political figure. Gbanya also promoted Yoko to “head wife” for her role in getting him released and assisting him in becoming wealthy through farming.

Madam Yoko used her numerous connections to form alliances with the British. She hosted British officials in her community and had her Sande dancers perform for them.

As described in “Women, Culture, and Society,” Yoko utilized her relationships with the British to aid her rise to power. Yoko was feared because she could call on the British anytime.

Yoko’s authority grew as a result of her exploitation of the British. For example, she had told the British that another chief and her rivals, Kamanda, was joined with a party of marauding Temne warriors. As a result, the British suppressed the Temne and expelled their leaders including Kamanda.

She destroyed her greatest political adversary, Kamanda, with their assistance in the late 1880s, completing her ascension to power.

Following Kamanda’s death, Yoko was crowned Queen of Seneghun in Sierra Leone, West Africa. She then expanded her territories, capitalizing on the British support she had gained after putting down the Hut Tax insurgency.

In 1898, the British established their Protectorate and legislation was put in place instructing all chiefs to collect “5-shilling tax on every dwelling in the kingdom”.

Yoko issued an order to her subchiefs to pay the additional taxes. People revolted, accusing her of “spoiling the country” because of her support for the British.

When her husband died in 1878, Madam Yoko took over as “Queen of Sennehoo.” She exploited her power to form local alliances and then formed a vast confederacy.

Queen Victoria granted her a silver medal for her devotion to the British. Madam Yoko ruled as Paramount Chief until her suicide in 1906.

Madam Yoko was one of the few women who owed their place to the British government, rose to that level despite her dislike of missionaries and refusal to convert to Christianity.

She retained power through politics and minor conflict, and she remained the dominating figure in the Kpa confederacy. When she died in 1906, it was reported that she had committed suicide because she couldn’t bear the thought of growing feeble with age.

Apart from her capacity to form alliances, it is reported that Madam Yoko was a formidable fighter. It is also reported that she employed surrounding rivers as a defence system and a sword to fight her adversaries.

Yoko had no children, therefore her brother Lamboi took her place.

Not only did her people recognize her, but so did the British. Yoko rose to prominence through a combination of advantageous ancestry, astute marital choices, and the authority offered her by the secret Sande society.

She developed the Mende Kingdom and was the monarch of the huge Kpa Mende Confederacy at the time of her death.