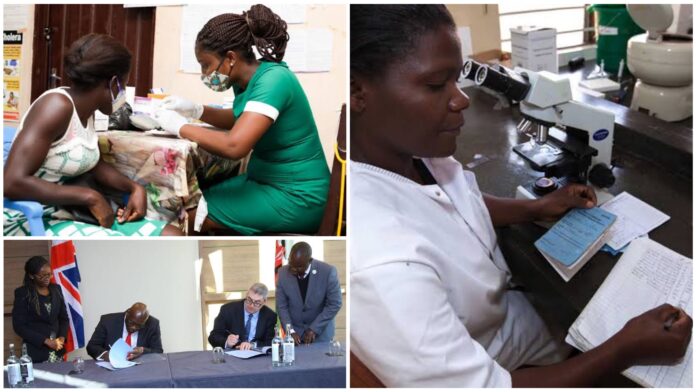 Malawi’s nurse’s union has pleaded with President Lazarus Chakwera to allow about 2,000 nurses to work in the United States and Saudi Arabia after the government ordered the plan to be suspended.

Malawi’s National Organization of Nurses and Midwives (NONM) announced the plan a month ago, saying nurses are being forced to take jobs abroad due to Malawi’s high unemployment rate.

Over the years, “Brain drain,” in terms of losing qualified personnel in the healthcare sector, has been a concern, especially as it affects the Department of Labor.

Reacting to the ongoing loss of qualified healthcare workers, the Department of Labor in Malawi, as of August 2nd, ordered the plan to relocate unemployed nurses, to be canceled because the nurses’ union had no legal mandate to deal with workers’ migration.

Malawi’s Minister of Labor, Vera Kantukule, told VOA that the decision to suspend the plans was taken after considering that NONM is just a medical workers’ union and not a sanctioned organization capable of overseeing workers’ relocation.

The minister explained that his ministry has simply explained to the medical practitioners what is required to proceed with their plan.

He explained that nurses would need a separate ID to do the recruitment, an ID which the union cannot provide considering the status of their existing mandate.

Kantukule said a memorandum of understanding between the countries where the nurses will work and the Malawi government is also needed before the nurses’ organization can proceed with its plans.

The Labor Minister said Malawi is among the countries where the World Health Organization has restricted the migration of medical workers.

Shouts Simeza, president of the Organization of Nurses in Malawi, said he was surprised by the ministry’s stance.

“The minister cannot cancel this matter. The minister doesn’t have a general mandate to tell us we don’t have a mandate, that’s really rude,” Simeza said.

“It’s the government that identified us as a NONM to make that possible. And the government has said many times that it’s not the only entity to recruit, according to Head of State, Lazarus Chakwera’s, ‘job creation campaign’. And that’s exactly what we’re doing”.

Simeza said the decision to look for nursing jobs abroad was because 3,000 registered nurses in Malawi were unemployed.

Simeza said the previous agreement was that the first group of 1,000 nurses would leave for Saudi Arabia this month. The plan is to send 1,000 each year for a five-year project.

“The team we send are our members, our members,” Simeza said. “You are not employed by a government ministry. So, they don’t belong to any ministry, they don’t. So, we asked the Department of Labor for advice on the safety of members going to the US [and] Saudi Arabia.”

The Malawi government recently said it cannot hire more nurses at this time due to financial constraints.

In a statement on the 2nd of August, a group of nurses and midwives in Malawi called on Chakwera to step in and stop the Ministry of Labor from abandoning plans to send some of them to work abroad.