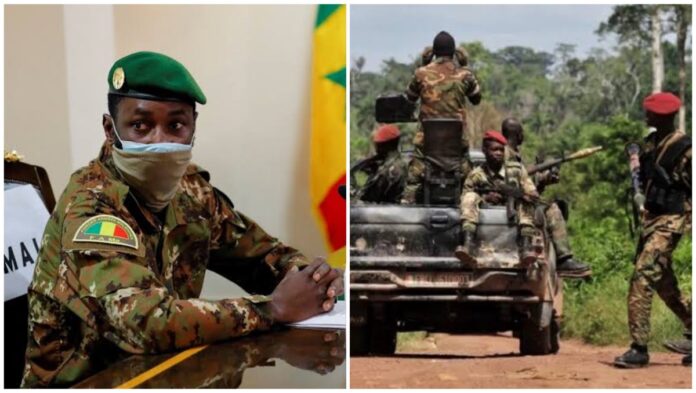 Mali’s military chief has pardoned 49 soldiers from neighboring Ivory Coast who were arrested in July and accused of being mercenaries, Mali’s presidency said in a statement.

The 49 were arrested on arrival at Bamako airport in Mali. Cote d’Ivoire said the soldiers are part of a United Nations peacekeeping mission in Mali and have been hired to work for a private company contracted by the United Nations.

The arrests and charges against the soldiers sparked a diplomatic spat between Mali and Ivory Coast.

Colonel Abdoulaye Maiga, spokesman for the government of Mali, said in a statement that the amnesty granted by the president of Mali, Colonel Asimi Goita, “once again demonstrates his commitment to peace, dialogue, African unity and the preservation fraternal and secular relations with the countries of the region, especially between Mali and Côte d’Ivoire.”

Goita took power in Mali in two coups, first in 2020 and then the following year, when he took power after dismissing the president and prime minister of the interim government.

Prosecutor Ladji Sara said in a statement at the time that the 49 were found guilty of “murder and conspiracy against the government” and attempting to undermine state security. The trial began on December 29 in the capital, Bamako, and concluded the following day.

After the Ivorian soldiers were arrested, the United Nations, in a memorandum to the Malian government, acknowledged some procedural flaws, saying that “certain procedures were not followed” when they were sent to Mali.

The Ivorian presidency acknowledged “failures and misunderstandings” when its soldiers arrived in Mali in September.

Friday’s statement announcing the pardon described the move as an “independent decision” symbolizing the president’s commitment to good governance and “maintaining fraternal relations” with countries in the region, particularly Ivory Coast. It was not specified when the soldiers would leave the prison.