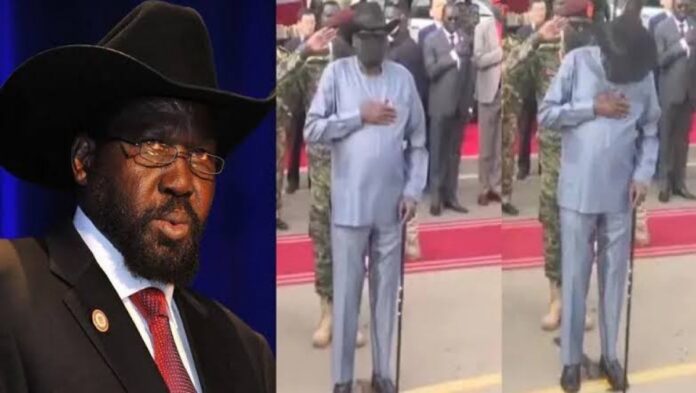 The Journalists’ Union of South Sudan confirmed on Friday that six employees of a national radio station were arrested over a video that appears to show the country’s president urinating on himself during an event.

The video showed President Salva Kiir, 71, standing during the national anthem and then looking toward what appeared to be an expanse before the camera pulled away.

The Journalists’ Union of South Sudan has called for an early end to investigations into staff it says are being held by the National Security Agency.

The union said in a statement that employees are suspected of having knowledge of the release of “a specific video”.

“If there is a prima facie case of professional misconduct or offense then let authorities expedite an administrative or legal process to address the issue in a fair, transparent and in accordance with the law,” union chair Oyet Patrick Charles said.

Calls to the NSS went unanswered. Officials at the president’s office and the national radio station declined to comment.

Kiir is South Sudan’s only president since the country gained independence from Sudan in 2011. The presidential election was recently postponed again, this time to late 2024, due to the slow implementation of the 2018 peace deal that ended a five-year civil war.