Malians Flee To Mauritania To Escape Activities of Russian Operatives 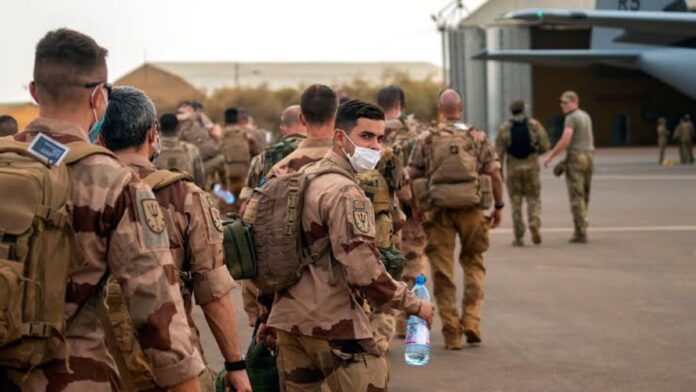 According to reports, Malians are now fleeing to neighboring Mauritania to escape bandits, militants, the army, and now Russian operatives called The Wagner Group.

Mali’s armed forces are in the 10th year of a war that started as a separatist rebellion before escalating into a struggle waged by armed groups linked to al-Qaeda and the Islamic State. Wagner mercenaries linked to Russia reportedly arrived in Mali last December to support the military.

Since late 2021, M’bera, Mauritania, has seen a population boom, said United Nations officials who run a refugee camp in the area. The UN affirms that the population is currently approaching 78,622 people.

Nearly 7,000 newcomers were registered in March and April alone, with a bulk of them making their way from Mali. UN officials said the real number was likely higher, as many Malians are taking refuge in neighboring villages outside the camp.

In a report by Al Jazeera, several refugees shared their thoughts on the issue, insisting, that their identity be kept secret.

The refugees Al Jazeera spoke to are from the northern region of Timbuktu and the Segou region of central Mali. They had different reasons for crossing into Mauritania.

Some fled violence at the hands of armed groups, the Malian army or fighters close to them and reported no connection to Wagner.

However, numerous refugees specifically named the Russians a threat or said the security situation in Mali’s decades-long war had deteriorated since the Wagner mercenaries arrived.

According to one source, earlier this year, the Russians were only in Timbuktu in supporting roles like mechanics. However, in May, The Guardian reported that the Wagner operatives were sighted in Timbuktu and near the Mauritania border.

According to Wassim Nasr, author of Etat Islamique, le fait accompli – a book on the Islamic State, and “jihadism expert” on France24, Malians from the center of the country were forced to abandon their homes due to the activities of the Russian operatives.

“People from the center told me, now when they see a white man, a white military, with the Malian military, they are scared because they know human rights abuses will follow,” Nasr said.

Nasr further explained that the testimony is consistent with so many massacres that have been carried out in the area.

The author cited Moura’s documented massacre in the Mopti region, believed to have been perpetrated by Malian troops and Wagner operatives. Large-scale attacks on civilians are Wagner’s “modus operandi”, Nasr added.