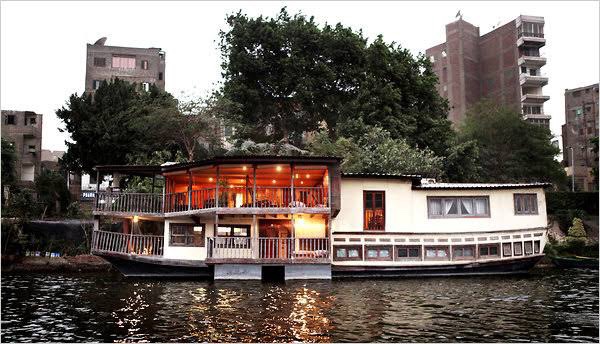 Owners of the famous Nile houseboats in the heart of the Egyptian capital are having their homes torn down as authorities confiscate what they now describe as unlicensed housing.

The boats, which are mostly elegant two-story buildings with balconies, have been moored on the tree-lined banks of the Nile between the island of Zamalek and Giza, west of central Cairo, for decades.

They can be seen in movies and literature, such as in the novel “Adrift on the Nile” by Nobel Prize winner Naguib Mahfouz.

Last week, owners of about 30 houseboats received notices that their boats would be impounded. Egypt’s Ministry of Water and Irrigation said on Tuesday that 15 had been removed, with the rest to be dealt with in the coming days.

The ministry released footage of boats being crushed by dredgers on barges and towed away by tugs. Sadly, The Department of Water and Irrigation could not be reached for comment by local news agencies.

Ikhlas Helmy, 87, whose houseboat was still standing on Wednesday, said he had invested his life savings in it and could not bear to leave.

Also, read; 10 African Countries With The Most Powerful International Passport

“I was born on a houseboat, that’s my whole life,” she said. “My husband loved the Nile as much as I did. He died before he could fix the houseboat, so I did,” she added.

Authorities say the removals follow notices to landowners, portraying them as part of an effort to preserve the river and prioritize commerce and tourism.

Supporters of the boat owners on social media say the removal of the boats is the latest in a series of attacks on sites of “beauty or historic interest in the capital.”

Although officials did not say what development could be planned after the boats had been disposed of, the Egyptian military had earlier overseen the construction of a concrete walkway lined with shops and cafés leading to the river.

Ahmed el-Hosseiny, whose houseboat was towed away on Tuesday, described how it was emptied after receiving an eviction notice.

“We started to collect our possessions, our stories, our history, our hearts, our memories, and our feelings and place them into boxes,” he said.