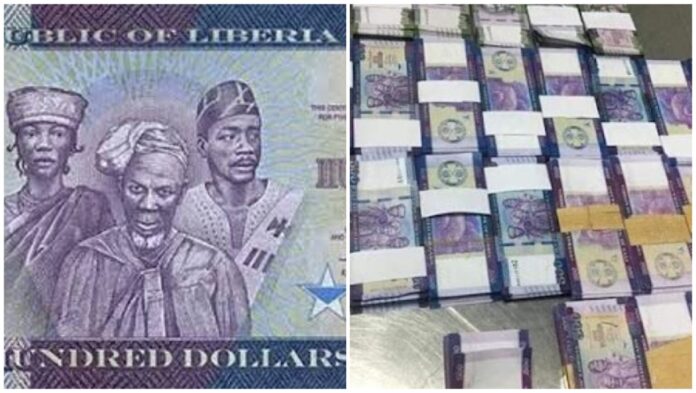 Over L$1 million($9,000) worth of notes believed to be counterfeit were confiscated by customs officials at Roberts International Airport in Liberia.

The money in question was confiscated from a Samuel Carlos upon arrival at the airport on an Asky Airlines flight. The seized amount totaled L$1.3 million – and in two denominations – L$100 and L$500, according to the Liberian Tax Authority.

At an exchange rate of 150, the money would be worth nearly $9,000 – a sign that counterfeiting higher-denomination Liberian currency is a lucrative business.

Also in 2021, a 33-year-old Nigerian, Ementuche Benjamin, was arrested in Lofa County with L$1 million in L$500 denominations.

“The notes were allegedly carried by a passenger arriving on an ASKY flight. An investigation by multiple agencies is ongoing to determine the authenticity of the notes and the surrounding circumstances.”

Carlos’ arrest comes as Liberia’s central bank is rolling out a new family of Liberian coins across the country with new security features that strengthen them.

CBL has printed L$100 notes and the existing L$500 notes. When lifted and turned, the seal on the notes becomes visible in the left white panel and the stars on the strings above the notes move.

However, counterfeit banknotes of such a high denomination do not have these characteristics.

Furthermore, the paper used for the counterfeit bills can also be easily recognized by its haptics and optics. Meanwhile, CBL’s director of communications, Cyrus W. Badio, announced that the state is investigating the recent seizure, according to which the bank will be “officially informed for technical evaluation to determine whether the money is counterfeit bills.”