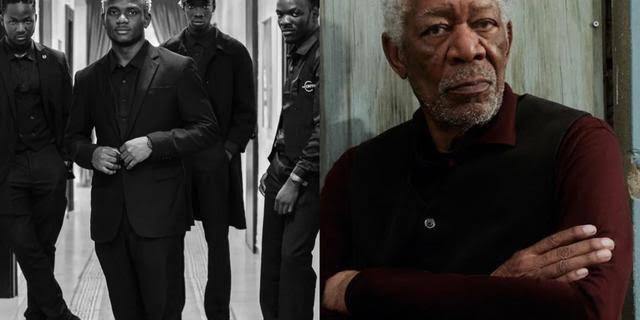 The Critics, a Kaduna-based film production company in Nigeria will release a short film titled “𝐎𝐠𝐮𝐧 Ọ𝐥a – War Is Coming” in collaboration with Morgan Freeman and Lori McCreary’s “The Revelation.”

According to Variety, the short film, narrated by Freeman, “follows the story of Óla, a brash teenager who discovers he is the reincarnation of a demigod and throws himself into his fate, unprepared for the events that will come as a result of this discovery.”

“Ogun Ola” will be released simultaneously on The Critics YouTube channel and +234 Connect Festival at the Smithsonian National Museum of African Art: A Celebration of Nigerian Creativity.

Covering the BBC, CNN, Reuters and Al-Jazeera among others, the group of young filmmakers has become an internet sensation after debuting their 2019 short film The Chase, shot entirely on their cellphones.

Confirming the production, Freeman shared on Instagram, “Today marks the world premiere of the latest #RevEnt Project produced with The Critics (@Thecritics001), an incredibly talented team of young filmmakers from West Africa. Tune in to “War is Coming” (Ogun Óla) on our partner’s, @Thecritics001 YouTube Page, to enjoy this coming of age story.