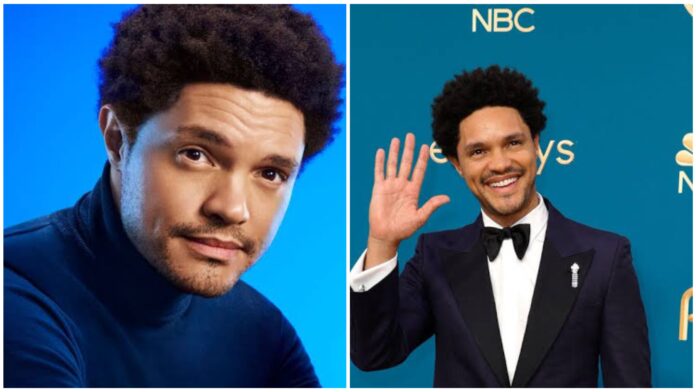 Trevor Noah, the South African comedian who took over as Presenter of “The Daily Show” after Jon Stewart left seven years ago, announced on Thursday that he was leaving the show.

“We laugh together, we cry together,” Noah said during a taping of the show on Thursday, which was released ahead of the show’s airing.

“But after seven years, I feel like it’s about time.” Comedy Central said in a statement that the network had been working with Noah “for a long time to see how he could fulfill the demanding schedule.”

The network added that “Without a timeline for his departure, we are working together on the next steps.”

Noah, 38, said on Thursday that after seven tumultuous years presiding over the show – writing jokes about Donald J. Trump’s presidency, the pandemic and other major news events – he realized there was “a different part” of his life that he hopes to explore more.”

The South African comedian said that he misses touring, going to other countries, learning other languages and “being everywhere, doing everything”.

Mr. Noah did not elaborate, but he mentioned quite actively, his wish to continue to tour and release stand-up specials as his time as presenter of the show elapses.

Comedy Central said it was “excited for the next chapter” of The Daily Show, but did not say who the next host would be.

Noah’s announcement comes amid the departure of several late-night hosts: In April, James Corden said he would be leaving his 12:30 pm show on CBS next year.

Samantha Bee, a former alumni of The Daily Show, announced that her show would not return to TBS in the fall. And last year, Conan O’Brien said goodbye to his late-night show on TBS.

Noah thanked the network on Thursday for “believing this random comedian that no one on this side of the world knew about.”