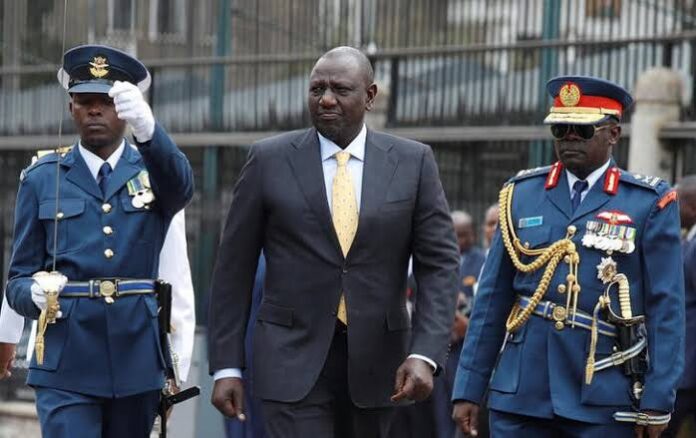 Kenya’s new President, William Ruto on Thursday ordered the Treasury Department to cut annual government spending by 300 billion shillings ($2.5 billion) this year in a bid to “bring the country back to sanity.”

Ruto also said he intends to further reduce recurring spending next year by an undisclosed amount to achieve a recurring budget surplus in the third year.

The president did not give details of the expenses to be cut. Recurring expenses typically include civil servant salaries, domestic and foreign interest payments, pensions, and fuel costs for the state’s fleet of vehicles.

“I have instructed the Treasury to work with the ministries to find a savings of 300 billion shillings in this year’s budget,” Ruto said in his first speech as president before Parliament.

The 2022/23 budget was presented in April. “Next year we will be reducing even more so that in the third year we have a recurring budget surplus.”

The president said the government should never borrow to finance recurring expenses, adding that “the market cannot support the kind of borrowing that we, as a government, are doing.”

“We have to bring ourselves back to our senses.” A Treasury document released earlier this month showed that recurrent expenditure in fiscal year 2022/23 (July-June) was estimated at 2.27 trillion shillings, or 16.2% of gross domestic product.