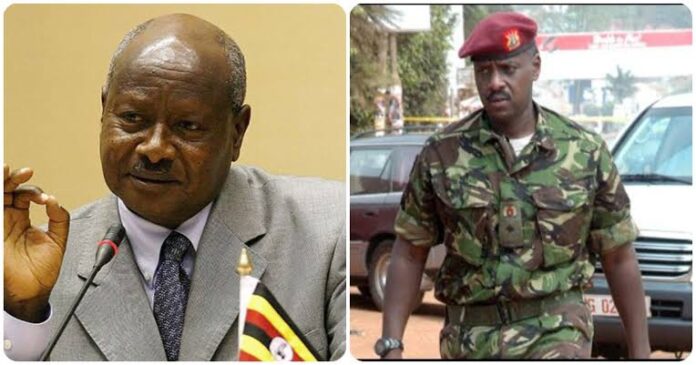 The move comes a day after Kainerugaba posted a series of tweets joking about the invasion of Italy and neighboring Kenya. He said on Twitter that his country’s ground forces could capture Nairobi in two weeks, an observation that angered Ugandan opposition leaders and many Kenyans.

In a statement, Uganda’s Ministry of Foreign Affairs distanced itself from the statements.

Kainerugaba is widely seen as a possible successor to the 78-year-old president who has ruled Uganda for more than 35 years.A

Kainerugaba, who was formerly a lieutenant, was relieved of his role as commander of Uganda’s ground forces following his promotion, but will continue his duties as senior presidential adviser on special operations.

Kainerugaba, 48, has never declared his intention to replace his father at the helm of the East African nation.

However, as he celebrated his birthday in April, he spoke of taking power and said he would announce his political platform soon.

Politicians and opposition groups in Uganda have accused Museveni of preparing his son to take over his reign after he leaves office. Bear in mind that Museveni has ruled Uganda since 1986.