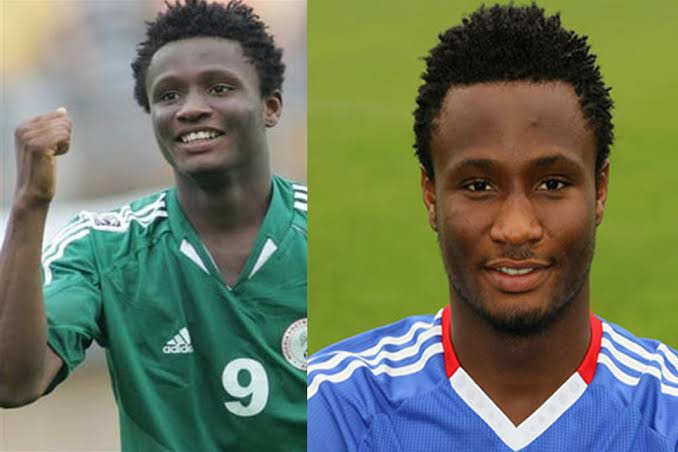 “There is a saying that ‘all good things must come to an end’ and for my professional football career that day is today,” the 35-year-old former Chelsea player said on Tuesday.

“I look back over the last 20 years of my career and I have to say that I’m very satisfied with everything I’ve been able to achieve and especially with the people who helped shape it.”

For the former Super Eagles captain, his career would not have progressed without the support of coaches, family members, fans and teammates, among others.

“You’ve supported me through my ups and downs, even on days when I didn’t live up to your expectations,” Mikel added. “I say a big thank you.”

The former Lyn Oslo star urged those who may have been inspired by his football exploits: “Never give up on your dreams, because every time you think about giving up, remember why you started.

“This isn’t goodbye, it’s the beginning of another journey, another chapter of my life. I’m looking forward to the future and I hope you’ll join me. Thank you so much.”

Mikel played for Al Kuwait SC but his contract was terminated by the club in November last year for unknown reasons, leaving him with one more year on his contract.

The Nigerian rose to fame after making an outstanding performance for West Africa at the 2005 World Youth Championship, when the country lost to a Lionel Messi-inspired Argentina. The Paris Saint-Germain (PSG) star won the Ballon d’Or of the tournament, while the former Chelsea player won the Silver Shoe.

Mikel was the subject of a three-way transfer saga involving Manchester United, Chelsea and Norwegian club Lyn Oslo. He ended up signing with the London club where he won several laurels including two league titles, three FA Cups, a Champions League, a League Cup, a Community Shield and a Europa League trophy.

He was also a Turkish Cup winner once and had a brilliant career on the international stage where he scored six goals. In addition to winning AFCON 2013, Mikel played 91 matches for Nigeria and won a bronze medal for the country at the 2016 Olympics. Mikel also helped Nigeria win bronze at the 2006, 2010 and 2019 editions of AFCON.