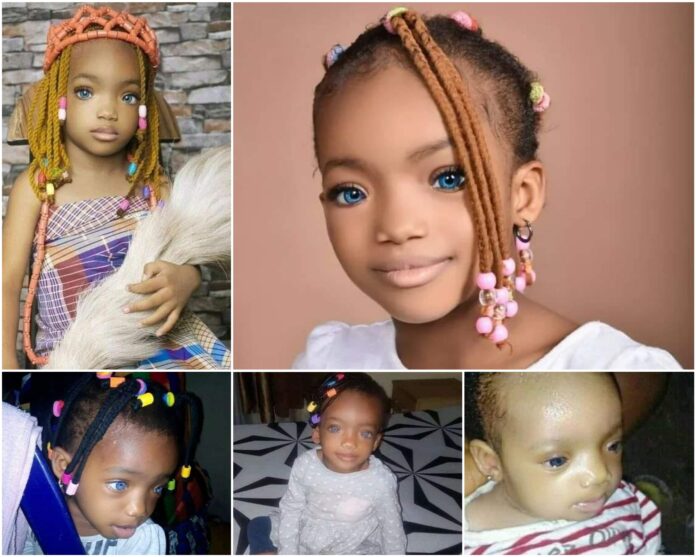 Photos of the beautiful blue-eyed Nigerian girl surprised many people on social media. The adorable photos were shared on Facebook by the girl’s proud mother, who shared them in excitement.

Rejoice Uchechi, a young mother, revealed that her daughter was born with blue eyes and people found it very interesting. She nicknamed her daughter “princess” while showing off her rare gift.

On August 18, the mother of three posted the images on Facebook and referred to her daughter as a blue-eyed princess.

“The most adorable, adorable star on this planet, my pride, my only child, the most beautiful girl in the world! you are a celebrity I am proud to be your mother, God has blessed me with you and I will always do everything in my power.” to give you the best. Mom loves you very much.”

The proud mother told a media outlet about her fears after giving birth to the beautiful baby girl. She claimed that she was initially scared when she saw the child, especially when she saw the blue eyes.

However, her fears were allayed after a hospital visit, which confirmed that the girl’s eyes are natural. “I am very happy because she is a precious gift from God. She was very scared and we took her to the hospital where it was confirmed that her eyes were natural,” she said.