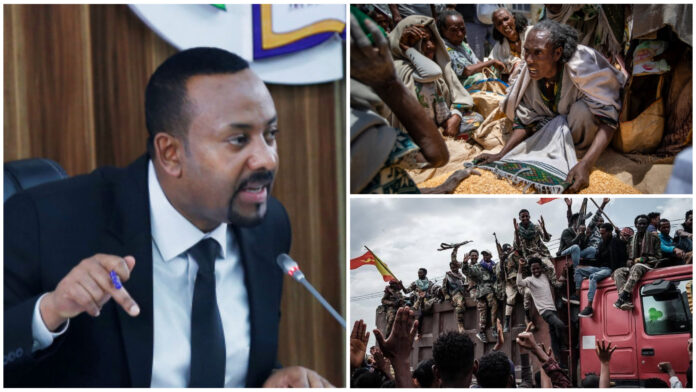 A spokesman for the Ethiopian prime minister’s office said on Wednesday that the seven-member Peace Committee had drawn up a “proposal” to start ceasefire talks with the rebels and end the war in the northern region.

On Wednesday, a spokesman for the Ethiopian prime minister’s office insisted the government wanted to start talks with rebel leaders in the Tigray region. To this end, a plan was drawn up by a seven-member Peace Committee created in June.

“The peace proposal has three aspects. First, he proposes that peace talks on an agreed ceasefire be held in the coming weeks. Second, it proposes an in-depth political dialogue between the parties leading to an agreement.

Third, he proposes that other outstanding issues be addressed through a national dialogue,” said Billene Seyoum, spokeswoman for the Prime Minister’s Office.

TPLF rebels dismissed the committee’s call as a “cover-up”. If both sides have appointed negotiators, the parties differ on various points and requirements for negotiations. The rebels, for example, want basic services back in the war-torn north.

The press spokesperson explained a demand that cannot be met at this time:

“For universal service to take place, we say that an enabling operating environment must be created, guaranteeing the security of federal service providers to work freely and with guarantees that their security will be facilitated in the region […] And at this moment, with a belligerent and illegally armed group, operating at its own discretion and refusing to accept peace negotiations, lacks the enabling and safe environment necessary for services to be restored.”

Fighting has subsided since a humanitarian ceasefire was declared in late March, but a political solution has yet to be found. The rebels and the government could not agree on a mediator. The African Union is leading efforts to end the conflict that has killed thousands and displaced millions.

WHO chief Tedros Adhanom Ghebreyesus, who hails from the troubled region, on Wednesday described the “man-made disaster” as the “worst disaster in the world” and criticized global leaders for ignoring the humanitarian crisis.

“This unimaginable cruelty must end. The only solution is peace,” he told a news conference in Geneva.

The war in northern Ethiopia was sparked when the TPLF, which had dominated Ethiopian politics for three decades, was accused of attacking federal army camps.