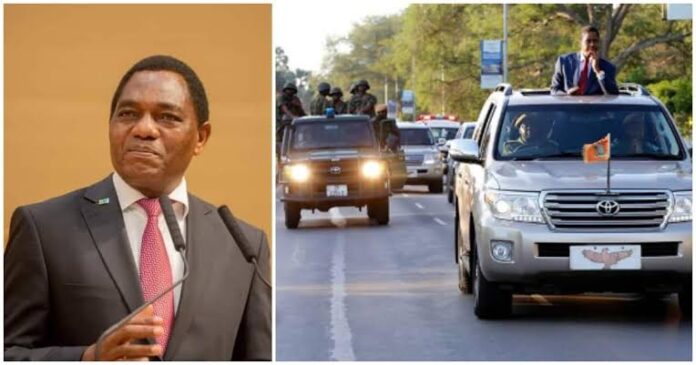 Zambian President Hakainde Hichilema lashed out at community Leaders in the country’s capital, Lusaka for buying luxury cars instead of using the government’s financial resource to provide services to citizens.

Hichilema, elected on a 2021 reform platform, also asked government officials who need luxury cars to buy them with their personal money.

“Why are you using (public) money to buy a (Toyota) V8 for the mayor? This mayor’s V8 can place restrooms in all of the markets in his constituency. Think along those lines,” he said, suggesting the municipal chiefs could drive a good car, but not necessarily a V8.

“You can’t buy a V8, so why pretend by using taxpayers’ money?”

The head of state also spoke about how he refused to buy new cars valued at around Sh 200 million. when he took office.

“Aren’t there any vehicles at the State House?” he asked his employees who wanted to buy new ones.

“There are,” he was told. “Are they moving? Aren’t they wheels?” he continued.

“I’ll use this. Cancel this tender. It’s cancelled. I didn’t buy a new vehicle because I know the money isn’t mine.”

Zambia is one of the countries struggling on the financial front in Africa. The Central African nation known for its copper production is said to be swimming in debt.