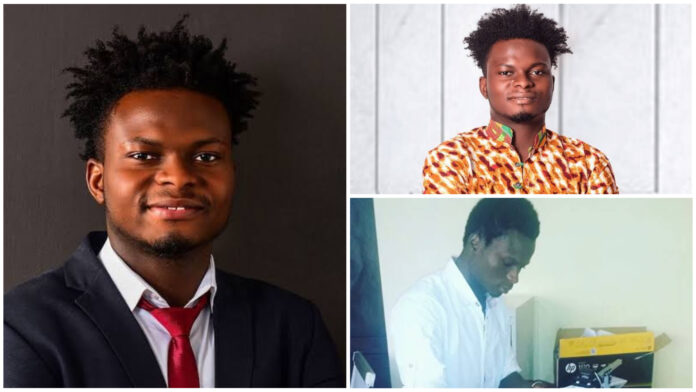 A 20-year-old man, Jeremiah Thoronka, won the Chegg.org global award and was named a United Nations Millennium Academic Impact Scholar after inventing a device that harnesses the energy of people walking to generate electricity.

Jeremiah Thoronka, who is from Sierra Leone, said he decided to explore the world of power generation because of the poor electricity supply that ravages his country.

He grew up with his single mother in a slum camp where they had to burn coal and wood to light and heat their home.

After suffering the direct effects of insufficient electricity supply, Jeremiah decided to find a solution to his country’s challenge.

He got a scholarship to enroll in his high school, which led him to move from camp to an advanced academic environment. Jeremiah described the gap between his village and the school as big.

“Every day I moved between two worlds. There was plenty of electricity at the school,” he recalls.

After high school, Jeremiah enrolled in higher education at the University of African Leadership in Rwanda to earn a bachelor’s degree in Global Challenges, Energy and the Environment.

At age 17, while studying at university, he founded a start-up called Optim Energy, which converts vibrations from vehicles and pedestrians on roads into electricity.

Jeremiah graduated from African Leadership University with a first class degree and immediately won the UK Commonwealth Shared Scholarship to enroll in a Masters degree at Durham University.

Jeremiah focused his master’s degree in scientific sustainability, energy and development at the University of Durham, England.

His start-up Optim Energy has successfully tested equipment that harnesses the kinetic energy of traffic and pedestrians to generate clean electricity in the Jeremiah neighborhoods of Makawao, Sierra Leone and Kuntoluh, South Africa.

With two devices, it was able to supply 150 homes with around 1,500 citizens free of charge and 15 schools with more than 9,000 students. The young inventor claims his device could power thousands, if not millions, of homes in the future!

The 20-year-old fellow was recognized as a winner of the 2021 Chegg.org Global Student Award and won another Global Teacher Award of $100,000.

He is also a United Nations Millennium Scholar for Academic Impact.