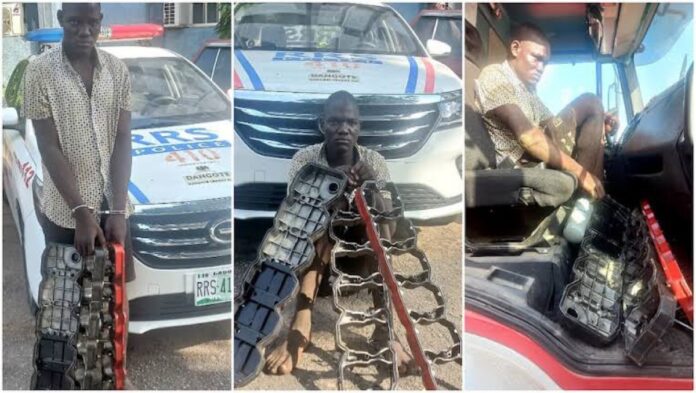 The Lagos State Police Command announced on Thursday that it has re-arrested a ex-convict for burglary and larceny at the state fire department building.

Hundeyin announced that Yusuf had already been sentenced to one month in prison for theft at the Lagos State fuel dump in Alausa, Ikeja.

He added that an NGO paid Yusuf’s fine after learning that he was detained for failing to pay the fine imposed by the court.

The officer stated that Yusuf was arrested again by a Rapid Response Squad (RRS) agent for breaking into the Lagos State Fire Department headquarters.

According to Hundeyin, Josef stole the valve covers from an old fire engine that was being repaired.